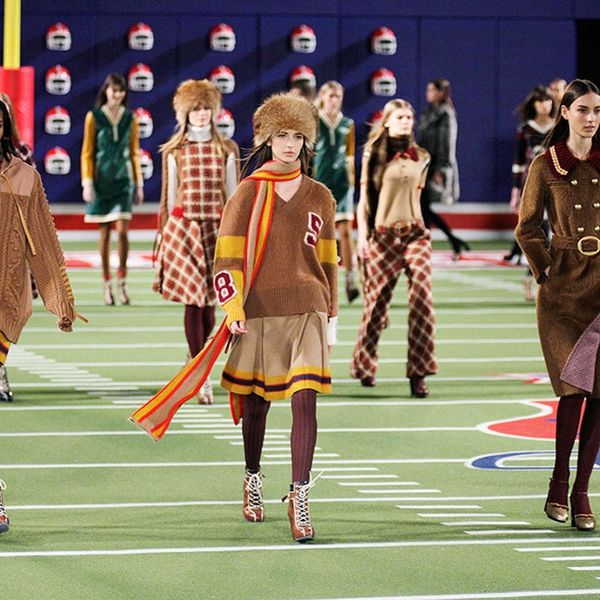 Fashion week is a spectacle in a league of its own. There are new trends to be seen, celebrities to be spotted and some seriously amazing people watching to be had. But hey, a lot of us don’t live in NYC (and also didn’t get an invite), and so we have to digest our NYFW experience via social media – specifically, Instagram. From the models to the designers to the photographers, you can now not only check out shots of the runway, but pretty much take in the event from every perspective.

According to The Cut, NY fashion week generated 85 million likes and comments from 17 million Instagram accounts. Since the event has wrapped, the social media platform has rounded up some of the most-liked photos of fashion week as well as a list of which shows generated the most buzz.

Not so surpisingly, the collection that garnered the most commotion was the star-studded Michael Kors show. With snaps posted by celebs like Kate Hudson, Allison Williams and Karlie Kloss, the collection’s fall 2015 debut was something of a red carpet/catwalk hybrid. Coming in second was Ralph Lauren’s show, with Tommy Hilfiger’s football-themed extravaganza rounding out the top three.

As far as specific Instagram shots go, this behind-the-scenes snap from Kanye’s Adidas show racked up over 575K likes and it’s not hard to guess why. In addition to two of the most popular Kardashians doing their thang in the foreground, you also get a glimpse of Kanye having a casual chat with fashion’s queen, Anna Wintour in the back.

The other top shots were Rihanna’s Fendi manicure, which rounded up 463k likes and Kendall Jenner’s post biding adieu to fashion week, which topped the list with a whopping 968K likes.

So basically, the lesson we can take away from this is put one or more Kardashian in your picture and expect a slew of double taps to follow. For the full list of NYFW’s most Instagrammed shows, head over to The Cut.