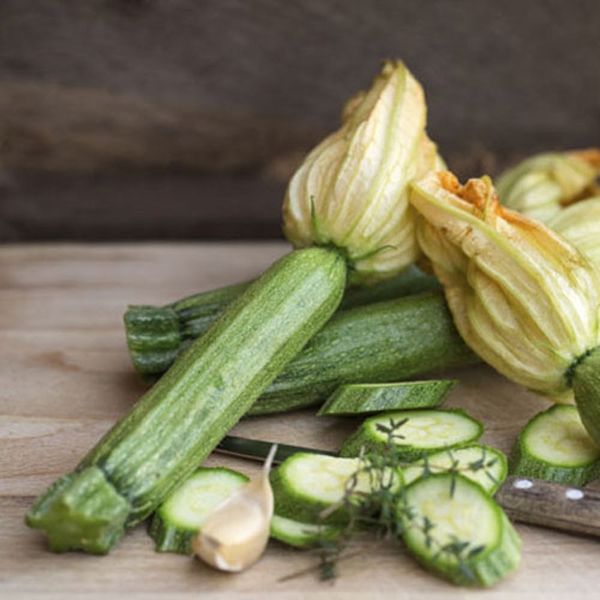 You came, you saw, you con… sumed just a wee-bit too much of Grandma’s good ol’ gingerbread men. Now you’re determined to make your healthy eating habits even better. Thankfully, there’s nothing like the clean slate of a new year (Hello, 2016 planners!) to reinvigorate a little #fitspo into our daily lives. We’re sharing foods that will help you beat tummy bloat and even fight gassiness. Best of all? They’re all nutritionist-backed and big on tastiness. Between eating mindfully and following these suggestions, we officially give you permission to make your next stop: Destination Peppermint Bark.

1. Arugula: Sure, you could have just another boring romaine salad. But this zesty salad green is well worth adding to your routine. “Poorly digested foods are one of the main culprits of bloating,” explains Lisa Hayim, RD, M.S. in Nutrition and Exercise Physiology. “While many bitter flavors may help with bloating, arugula is so tasty and simple to incorporate. You just make it the base of your salad, or toss in with your protein or grain [think salmon served over a bed of arugula, or adding arugula to a pasta primevera]. While most greens are tough and fibrous and may cause gas formation, the bitter flavor you taste in arugula triggers the release of the hormone gastrin, which speeds up the process of fat digestion. When there is less time during digestion, there is less time for gas to be formed.”

2. Ginger: “Fresh ginger helps aid in the production of bile, which helps in breaking down hard-to-digest fats,” offers Hayim. Important to note: “Be sure to buy ginger raw, and not ‘pickled ginger’ that traditionally comes with sushi, as that contains large amounts of sodium, which may lead to bloating. To make peeling a cinch, simply grab a one-inch knob of ginger and use the back of a spoon to scrape away the rough skin. If you’re not mincing it up and slipping it into a salad or tossing it into a smoothie, you can also steep it in hot water to make a calming and belly-soothing tea. (Photo via Getty)

3. Zucchini: Humble zukes aren’t just your pals when it comes to spiralized summer salads. They also make a good BFF (Bloat-Fighting Friend). “Many vegetables that are definitely considered healthy may also be high in FODMAPs [a type of carbohydrates found in foods such as vegetables, sweeteners and dairy]: Think broccoli, artichokes and brussels sprouts, to name a few. As it turns out, FODMAPs are in fact a class of carbohydrates that can cause gas and bloating in folks with IBS,” says Kayleen St. John, RD, at New York City-based Natural Gourmet Institute, a health-supportive culinary school. “One veggie that is very low FODMAPs and also very hydrating is zucchini. The high water and fiber content in zucchini make it a powerful bloat-beater.” (Photo via Getty)

4. Tempeh: Feeling meh on tofu? Give its fermented cousin a try. “Tempeh is a protein made of soybean. We know beans are good for us in terms of fiber and nutrients, but we often times avoid them knowing they will cause gas, bloating and GI distress,” says Hayim. “Well, a study that examined gas productions from a variety of beans found that tempeh actually did not increase gas formation.” Try it in a rice bowl recipe or serve in an open-faced sandwich. That Tempeh BLT beckons… (Photo via Stacey Spensley/Flickr)

5. Fennel Tea: This palate-cleansing libation is well worth seeking out. “Continuing to hydrate is an important approach to reducing bloating. Though it sounds counter-intuitive when you feel like you’re retaining water, drinking more hydrating liquids will actually help your body rid itself of excessive fluids. Fennel contains compounds called anethole, fenchone and estragole, which appear to have beneficial effects on gas and bloating,” explains St. John. “Fennel tea will help with digestion while also hydrating at the same time.” Can’t hunt down fennel tea? Hayim also adds, “Green tea with caffeine is a natural diuretic. Diuretics help fight bloating by ridding the body of sodium and water, which may be causing the uncomfortable bloat.”

6. Raspberries: These anitoxidant-packed red berries make for a fantastic pick when you’re feeling bloated. “At times, bloating can actually be caused due to constipation. High-fiber foods can help combat constipation and ‘get things moving,'” offers St. John. “Raspberries are very high in fiber, with eight grams in each cup.” Try adding them to your oatmeal with a sprinkling of cinnamon, flax seeds (which also add a boost of fiber) and a touch of honey.

7. Sauteed Beet Greens: “When it comes to fighting bloating, potassium is key,” St. John comments. “Potassium counterbalances the effect of sodium on the body and can therefore help alleviate water retention and bloating. Beet greens are one of the best sources of potassium and sauteing them allows for a large amount of beet greens to be cooked down for a potent, potassium-packed side dish,” she adds. (Photo via Miriam/Flickr)

Are you ready to turn a new leaf (pun intended) for the new year? Tweet us your favorite healthy foods @BritandCo!

Perri O. Blumberg
Perri is a graduate of Columbia University and former food editor at Reader's Digest. After graduating a health-supportive culinary school, she's gone on to work with Mark Bittman and pursue writing full-time. She's probably seen Dave Matthews Band in your hometown and will never turn down a Bloody Mary.
Healthy Eating
The Conversation
Reviews:
More From Healthy Eating