15 Fun Floats for All Your Dream Pool Parties 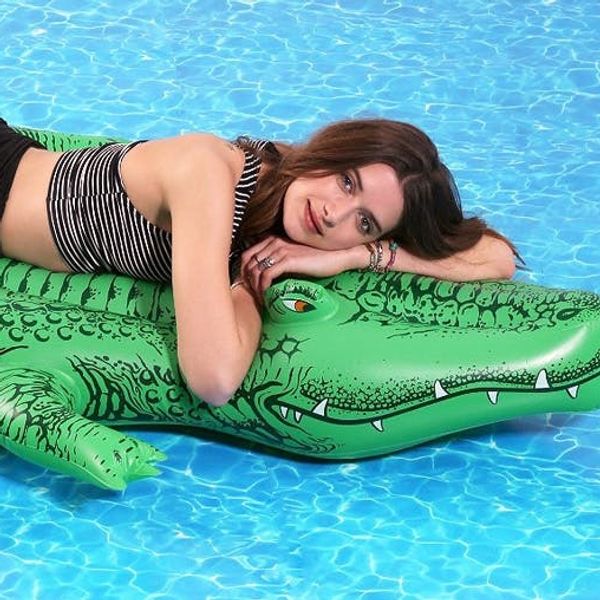 After much Internet-sleuthing, we’re calling it in the stylish and silly floats department. Urban Outfitters has the best ones around. Not even Amazon can compete. So, we’re pleased to bring you this year’s edition of our 15 faves, from inflatable pretzels to a way to literally walk on water. Float on!

1. Pretzel Pool Float ($24): We’ll kick it off with this incredible pretzel float. With multiple openings, you can even rock this for two.

2. Curly Serpent Pool Float ($46): What? Yes. This weirdo serpent is a float made just for you!

3. Joust Pool Game ($30): If only we had this set of pool jousting floats when we were younger — so much better than noodles!

ice cream float float (meta!), but this sandwich will have to suffice. Our only question? Why so emo, float model?

7. Neon Frost Inflatable Tube ($10): You can also go for the trusty inner tube — and then use it to go sledding in a few months!

10. Watermelon Slice Pool Float ($40): Every time summer comes around, it’s like people rediscover the refreshing power of watermelon. And now, you can float on it, too.

11. Swan Pool Float ($46): What would happen if you turned Bjork’s infamous swan dress into a float? THIS.

and two drink holders. Also, is it weird that I would totally lounge in this indoors as well?

Anjelika Temple
As Co-Founder and Chief Creative Officer of Brit + Co, Anjelika Temple brings her voracious consumption of all things creative and colorful to DIY projects, geeky gadgetry finds and more. When she's not DIY-ing her heart out, you'll find her throwing dinner parties with friends or adventuring with her husband David, their daughters Anokhi and Indira, and their silly dog Turkey.
Home News
More From Home News