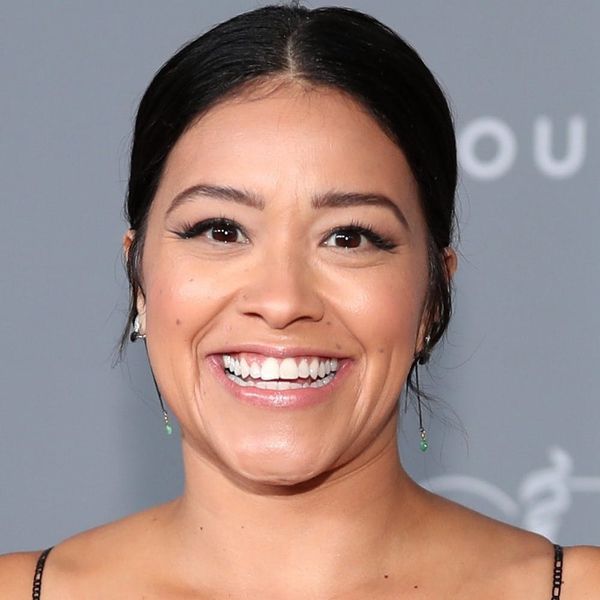 Jane the Virgin has a whole new look! The RL actress behind the beloved CW character took to social media earlier this week with what appeared to be a subtle — yet major — update to her signature brown locks.

Where she once sported long, bouncy ringlets parted straight down the center, the 33-year-old now has a set of bangs to frame her gorgeous brown peepers. She showed off the transformative style via Instagram stories, writing “Bangs. Bangers.”

The cut was a fitting one for the Golden Globe winner, who gave us all a serious case of spring chop envy with her updated’do.

While it’s certainly possible that Rodriguez and her hairstylist, Paul Norton, are merely fooling us with some faux fringe, it also wouldn’t be out of character for the actress to go under the shears: Back in May of 2016 she shaved off nearly all her hair for her role as Anya Thorensen in Annihilation — a move which taught her a very important lesson about beauty.

“There is nothing more freeing [than] realizing your beauty exists from within,” she wrote at the time. “I am not my hair.”

What do you think of Gina’s new look? Share over @BritandCo.

Nicole Briese
Nicole is the weekend editor for Brit + Co who loves bringing you all the latest buzz. When she's not busy typing away into the wee hours, you can usually find her canoodling with her fur babies, rooting around in a bookstore, or rocking out at a concert of some sort (Guns N' Roses forever!). Check out all her latest musings and past work at nicolebjean.com.
Bangs
Hair
Bangs Celebrities Celebrity Hair Hair Haircuts
More From Hair