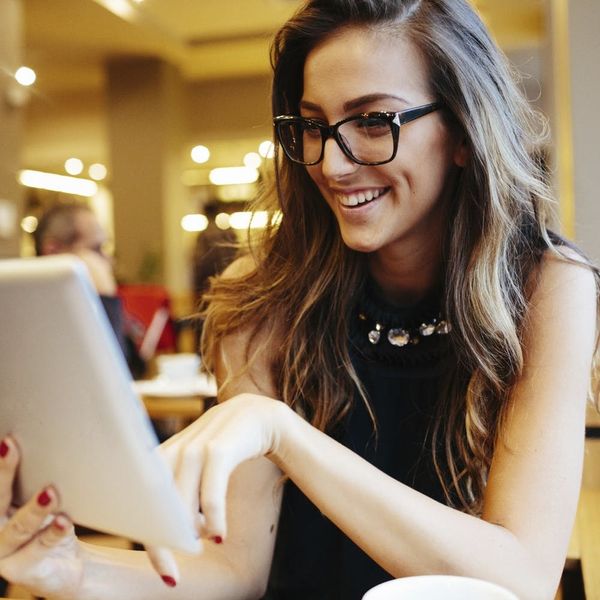 We’ve been fangirling hard for a few upcoming blockbusters starring some of our favorite strong women, from JLaw’s rumored X-Men movie to Disney’s live-action Beauty and the Beast remake with Emma Watson. But although we adore munching on buttery popcorn and hitting up our local cinema, we also love supporting local independent films and TV series. With Kickstarter now the go-to hub for indie film funding, we thought we would share the five best #girlboss films and series that we’re mega pumped to see. Enjoy!

1. Almost Adults: Hilariously candid lifelong friends struggle with coming out, growing up and saving their friendship in this epic #friendshipgoals film presented by The Gay Women’s Channel.

2. Dream, Girl: We were super inspired after chatting with producer Komal Minhas about premiering her female empowerment film at the White House. Telling the amazing story of female entrepreneurs and CEOs from across the country, it’s an awesome glimpse at what it really takes to be your own boss as a modern businesswoman.

3. Out of the Box: Ah, motherhood. The joys, the horrors, the never-ending pile of mysteriously dirty laundry. In this bite-size web series, filmmakers Kristin Malko and Rose Rossi comment on motherhood like only new mothers can. With hilarious quips and juicy mommy moments that will have YOU reaching for a diaper, we can’t wait to see this series in full swing.

4. HAVEABABY: Although a large portion of Americans struggle with infertility, it isn’t really a topic that many people feel they can discuss openly. Directed and produced by Amanda Micheli, this mega inspirational documentary follows a handful of couples as they try to navigate the complicated and risky process of IVF and compete in a controversial competition to win their treatment for free.

5. METHOD: Whether you’re a struggling actor yourself or just need a good laugh, this hilarious Australian comedy series hits all the right notes. The story follows best friends Emma and Ryan on their quest to make it in the industry, while keeping up odd second (and third) jobs and sharing candid BFF moments. You should definitely bookmark this one for future LOLs, but, as creators Tawni and Jerome say, “Anyone who knows what it’s like to chase a dream, take a risk, take a fall and just keep on going” can find some inspiration in their determined and crazy antics.

Which Kickstarter film are you most excited for? Tweet us your picks by mentioning @BritandCo.

Ashley Macey
Ashley Macey is a lifestyle freelance writer who loves all things fitness, wellness, and creativity. When she's not exploring her home in the Pacific Northwest with her dog Max, you'll probably find her curled up with a good book and some hot tea. Follow her daily jaunts on Twitter.
Girlboss
Home News
Girlboss Kickstarter
More From Home News