‘GLOW’ Has Been Renewed for Season 3 at Netflix 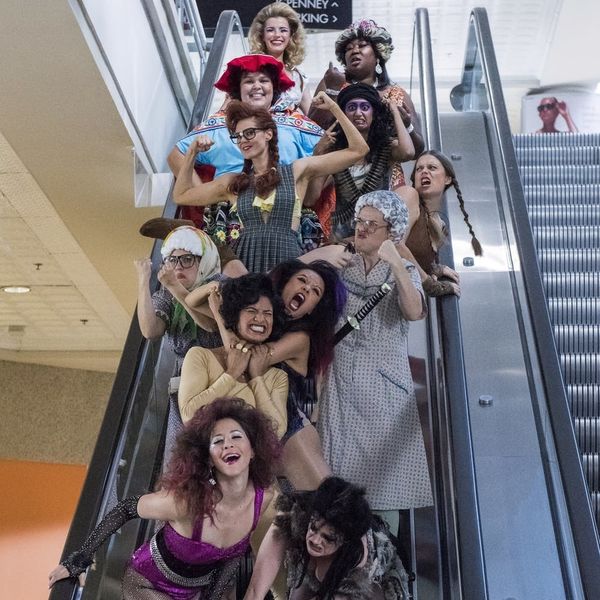 It’s no secret that we’re obsessed with GLOW. Fortunately for us — and the millions of other fans of the ’80s-set wrestling dramedy — Netflix has renewed the show for a third season.

The streaming service made the announcement on Twitter, posting a compilation of clips of the characters saying “three” in the context of the show. The video also teased a bit of a spoiler to anyone who’s not caught up on the action: “Did you think we’d GLOW to Vegas without you? Let’s do this. #GLOWS3″

Did you think we'd GLOW to Vegas without you? Let's do this. 💪 #GLOWS3 pic.twitter.com/tZhWzOJGHu

Series co-creator Liz Flahive spoke with Variety in July about why the show is so popular, saying, “It’s a story of people working together and a story of how hard it is to make something. … I think there’s something also about seeing 14 women in a frame together that is special. It’s not something you see in every show. Maybe people were hungrier for that in this current climate.”

Gilpin, meanwhile, talked with TVLine about her Emmy nomination at the beginning of August, admitting, “I’m so scared. It’s very exciting. I don’t know. It was never in my dream wheelhouse. So I feel like I don’t have any context for reaction about it.”

A premiere date for GLOW season 3 has not yet been announced.

Are you happy that GLOW is getting a third season? Let us know @BritandCo!