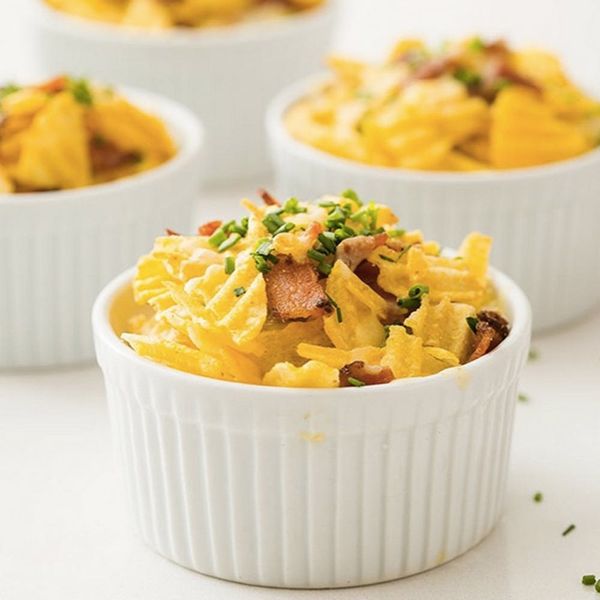 Frequent Instafood contributors + food stylists alike, you may or may not like this latest tech news. Google recently revealed its plans for an app that will count the calories in all of those delicious Instagram shots. Yep, that snap of your Olive Garden breadstick sandwich(es) is about to come with some numbers attached to it.

According to Popular Science, at the Rework Deep Learning Summit in Boston, Google revealed a project that analyzes food photos — from high resolution shots to grainy ones — and then estimates how many calories are hanging out on that plate. If we counted cals, we’d be in trouble right about now.

While the idea of a calorie counter for our Instagram shots isn’t number one on our dream filter list — we can’t help but share all of our #sweetsnaps — it could wind up being a good thing for researchers and docs looking for a food diary from their patients. Google research scientist Kevin Murphy, who presented Im2Calories, stated, “To me, it’s obvious that people really want this and this is really useful. OK, fine. Maybe we get the calories off by 20%. It doesn’t matter. We’re going to average over a week or a month or a year. And now we can start to potentially join information from multiple people and start to do population level statistics. I have colleagues in epidemiology and public health, and they really want this stuff.” Well, let’s just hope when it gets it wrong it’s not overestimating those calories.

However you look at Im2Calories — terrified, excited, skeptical — it obviously isn’t the first calorie counter, just the first to analyze photography. Others like SmartPlate and Vessyl’s Smart Cup are also providing foodies info on a more balanced meal. Looks like calorie counting is the new trend taking over tech.

What are your thoughts on Google counting the calories from your Instagram food shots? Let us know in the comments.