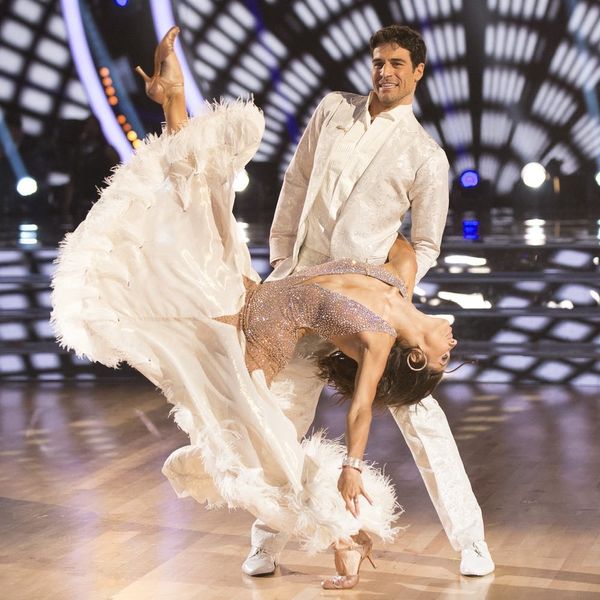 The Bachelorette‘s “Grocery Store Joe” Amabile made his latest reality TV debut on the Dancing With the Stars season 27 premiere on Monday, September 24, and while he was determined to fare better than he did with Becca Kufrin, it seems that he wasn’t joking when he said he couldn’t dance.

“I was eliminated day one on The Bachelorette,“ Amabile said in his video segment. “I will not let the same thing happen here.”

Unfortunately, the produce buyer, who is paired with pro dancer Jenna Johnson for the season, got off to a rough start, receiving 14 out of 30, the lowest score of the night.

Judges Carrie Ann Inaba, Len Goodman, and Bruno Tonioli didn’t hold back on their criticisms of Amabile’s moves but were generous in their praise of his charm and personality. “I think you just forgot the dance technique in the shopping trolley,” Tonioli joked. “You’ll find it next week.”

The reality star told co-host Erin Andrews that he was glad his first outing was over, and admitted that “it wasn’t easy.”

As Amabile mentioned in the show’s video pieces, he had a similarly rough start to his time on TheBachelorette, as Kufrin sent him home on the first night, much to fans’ dismay. He then moved on to Bachelor In Paradise, where he fared much better, finding love with Kendall Long, who could be seen in the ballroom cheering on her man.

What did you think of Joe’s first appearance on DWTS? Let us know @BritandCo!