You Have to See These Original Harry Potter Sketches 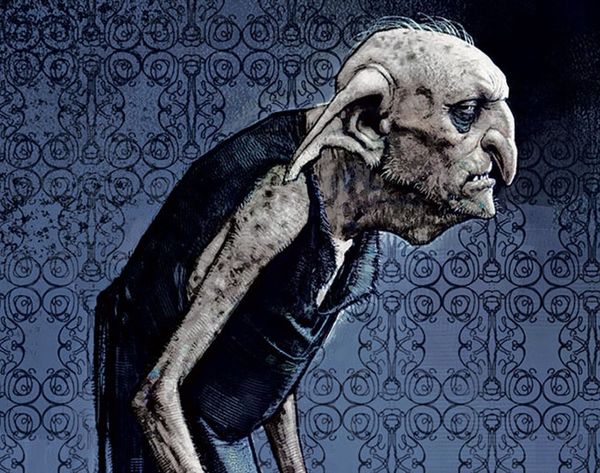 We definitely shed a tear as those credits began to roll on the last Harry Potter film. For all we knew, that was the last we’d ever see of Harry and all his friends. But to our pleasant surprise, these past few years have actually been filled will loads of new developments in the epic magical world we know and love. J.K. Rowling has released new short stories about Prof. McGonagall’s life before Hogwarts, the Malfoy family’s history and most recently, Dolores Umbridge’s background. And now, a new book has been released focused entirely on all the creatures and critters featured in the series.

Harry Potter: The Creature Vault: The Creatures and Plants of the Harry Potter Films (yes, the title is actually that long) contains detailed profiles of each creature, rare concept illustrations, behind-the-scenes photography and filmmaking secrets from the Warner Bros. archive.

The movies definitely had their fair share of creepy creatures, but by the looks of some of the concept sketches that have been released, they were originally a whole lot scarier. The dementors are pictured as boney ghosts with exposed rib cages and Kreacher, a house elf, is the stuff of nightmares.

Throughout the magical pages you’ll also find detailed illustrations and information on dragons, Peter Pettigrew, Arnold the Pygmy Puff and a whole bunch of other spooky specimen. The 200+ page book is available for $45 on Harper Collin’s site or for $27 at Amazon.

This would make an awesome Christmas gift for any Potterheads in your life, but let’s be honest, if that’s the case it’s probably going to have to be a “one for you, one for me” type deal.

Is this new HP book going on your holiday wish list? Share your thoughts with us in the comments below.