The Reason Organic Tampons Are Better Is Not What You Think 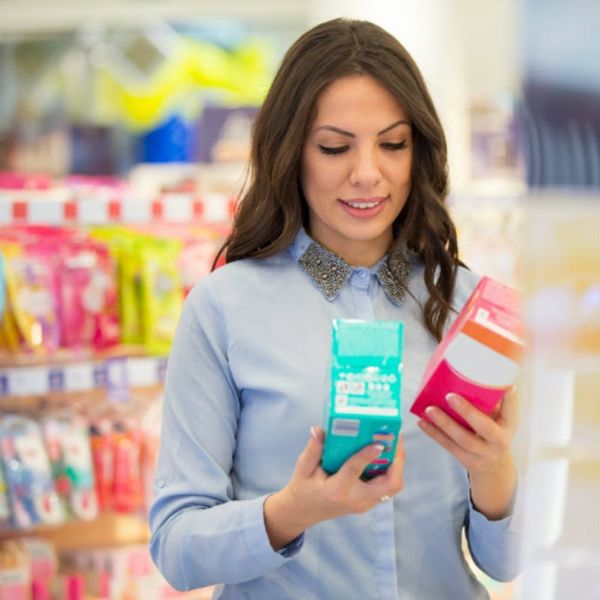 You’ve probably seen or heard about organic tampons, since there are a bunch of super-trendy companies, like Lola and Conscious Period, making them right now. Many come in totally cute packaging, can be automatically delivered to your home once a month, and are made from 100 percent organic cotton. Not bad, huh? But is it absolutely necessary to switch from Tampax to organic tampons for health or environmental reasons? We talked to two OB-GYNs to get the full rundown on going organic.

People are buzzing about new tampon companies primarily because of women’s focus on personal health. Many organic tampon brands talk about toxins that can be absorbed into your body directly from tampons that are made from synthetic fibers, like rayon, as well as cotton that’s been grown conventionally with chemicals like pesticides. Since it’s true that the walls of your vagina are great at absorbing whatever you put in there (that’s why some medications are delivered vaginally), it makes sense that women would be concerned about potentially taking in chemicals from their non-organic tampons. We mean, yikes.

Dr. Kelly Culwell, an OB-GYN and chief medical officer at WomanCare Global, an organization that promotes awareness of women’s health issues, notes that “people in general, and women in particular, are becoming more aware of what they buy, ingest, and otherwise put into their bodies, which is definitely a good thing. However, there’s no compelling scientific evidence that organic tampons or pads are better than other options from a health standpoint.” Well, there you have it. Dr. Culwell is referring to the fact that there is no research at the moment that supports the idea that harmful toxins can be absorbed from conventional feminine products. On the other hand, advocates of organic products argue that there haven’t been any studies in the area yet, so it’s hard to know for sure that you’re not at risk.

Still, doctors say they don’t see any medical reason to make the switch at this point. “I could argue the converse and state that there is no data that demonstrates that synthetic products ARE absorbed,” says Dr. Nicole Williams, an OB-GYN with her own practice in Chicago, which incorporates both traditional medicine as well as a holistic approach. “In the ’70s and ’80s, Toxic Shock Syndrome (TSS) was a major concern due to one tampon manufacturer, which was eventually pulled from the market. Today’s tampons are engineered to perform their job beautifully,” she adds. Plus, tampons are actually regulated by the Food and Drug Administration (FDA), and it’s their job to make sure anything that’s available for sale is totally safe to use. Because of this, Dr. Culwell states that she’s “not concerned about the safety of tampons or pads for the average woman.” One thing you should definitely skip out on, though? Any feminine products that are scented or deodorized, which can cause irritation and even allergic reactions.

One major upside to organic tampons, however, is that they’re *way* more environmentally friendly than conventional ones. Culwell notes that the environmental reasons for using organic products are more compelling than health reasons, especially when taking into consideration the damage that conventional farming can do to both the farm workers and the environment. “If this is a significant concern for a patient, I would encourage her to act according to her own values and principles,” she says, “but it’s also important to recognize that not all women can afford the additional cost of organic products.” True that.

So here’s the bottom line. While there’s no proven medical reason as of yet that you’d *need* to use organic tampons, there’s also no reason you shouldn’t use them if it makes you feel better or safer about what you’re putting into your body. Plus, if you want to help the environment, we say, right on!

Do use organic tampons? Why or why not? Tell us what you think @BritandCo!

Julia Malacoff
Julia is a writer, editor and proud life-long vegetarian based in Brooklyn, NY. An avid traveler, meditation enthusiast and exercise junkie, she stays active in every new locale she visits.
Period
Health
Period Womens Health
More From Health