Why Women Are Very Upset About This New Brand of Tampons 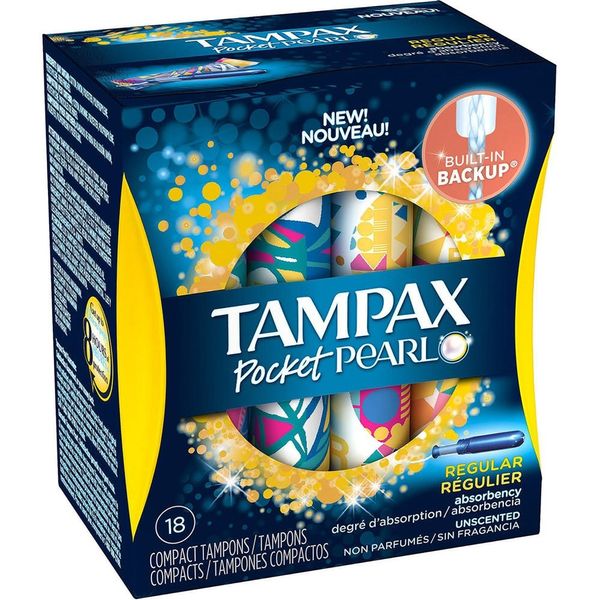 If we had to sum up our relationship with tampons in Facebook terms, we’d definitely have to go with “it’s complicated.” While the product is often convenient, it has its downsides. It can lead to scary health problems like TSS, and – as you may have heard – they’re also currently the center of a tax debate as they’re considered a “luxury item.” LOL. Now, to make matters worse, there’s a specific brand of tampons that’s causing ladies all sorts of problems. Beware, the Tampax Pocket Pearl.

Since the major tampon brand traded their classic Tampax Compak design for the Pocket Pearl, the Internet has NOT been happy about it. Apparently, the new product’s applicator is the root of the problem. When using the applicator, it needs to be pulled out and “clicked” into place. While that seems simple enough, users are complaining they’re breaking midway or collapsing on themselves. Some even write they’ve had to try several times before getting one to work. Considering these are about $20 a box, that’s not a cheap problem to have.

@Tampax what is up with the pocket pearl? Applicator doesn't even work half the time! #makingabadsituationworse

Pocket pearl tampon design team should be fired. It's like a cotton and multipart applicator nesting doll bonanza. No thanks @Tampax

Currently, this specific tampon only has 2/5 stars on Amazon and is accompanied by some pretty scathing reviews. One woman writes, “Yeah, never thought I would want to post a review about tampons, but these are so terrible that I just have to warn others. These applicators do not work! Even after getting them to ‘click’ properly, I had to go through three or four tampons each time I tried these to finally get just one applicator to stay intact to insert the tampon. Then the applicator doesn’t push the tampon far enough to stay in place, and that’s if it even made it all the way out of the applicator to begin with.” Yikes.

If social media has proven anything, it’s that brands often listen to what their customers have to say. I mean, it’s what brought back the Herbal Essence bottles of our childhood, isn’t it? So if you ask us, we’re guessing the return of the Tampax Compak is just around the corner. But until then, you might want to reach for a backup.

Cortney Clift
Cortney is the senior writer and special projects editor at Brit + Co. She typically covers topics related to women's issues, politics, and lifestyle. When she's not buried behind her computer you'll find her exploring New York City or planning her next big adventure.
Period
Entertainment
Period Womens Health