16 Mac and Cheese Recipes That Won’t Derail Your Resolutions 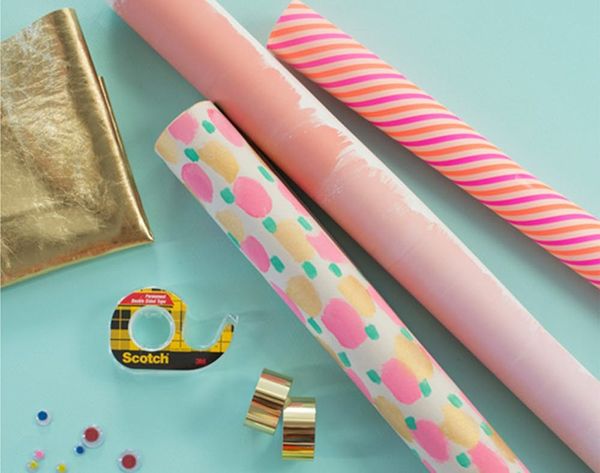 If you want to be successful with your healthy resolutions (we definitely do), you can’t realistically give up all your favorite, beloved dishes. That’s why we found some of the tastiest, healthiest mac and cheese recipes around the blogosphere. Now you can enjoy one of your fave meals, without derailing all those 2015 goals.

1. Five-Ingredient Quinoa Mac and Cheese: Subbing out pasta for a superfood like quinoa is the best way to stay on the healthy track. Especially when quinoa is joined by non-dairy milk, butternut squash and goat cheddar cheese. (via Simply Quinoa)

2. Skinny Cauliflower Mac and Cheese: We have never loved any vegetable more than we love cauliflower in this recipe. And when sour cream and a variety of cheeses are involved? You can count us in every time. (via Damn Delicious)

3. Stovetop Butternut Macaroni and Cheese: Another tasty veggie — the butternut squash — not only makes this a beautiful, bright dish, it also makes it pretty darn scrumptious. (via Lauren’s Latest)

4. Creamy Greek Yogurt Mac and Cheese: Keep getting your daily veggie and dairy servings in with this saucy-good meal. Tossed with plain Greek yogurt and fresh spinach, it won’t have you feeling a smidgen of guilt scarfing it down. (via Cooking a la Mel)

5. Twice Baked Spaghetti Squash Mac ‘n’ Cheese: For all you gluten-free peeps out there, say hello to the spaghetti squash. Topped with a dash of coconut flour for extra crunch, it’s a healthy and tasty alternative. (via B. Britnell)

6. Spiralized Mac and Cheese, Two Ways: Vegan or not, using butternut squash or sweet potato as a noodle is flat out delish. By adding a mix of coconut flour, almond milk and vegan butter, you’ll get a yummy, unique take on a classic. (via Inspiralized)

7. Pumpkin Mac and Cheese: We aren’t going to forget about you, pumpkin. This almost-sweet vegetable is balanced by two kinds of cheeses and milk (which can also be swapped out for almond milk). (via Kim’s Healthy Eats)

8. Healthy Mac and Cheese: Simple yet slightly different, this recipe uses a few traditional-ish ingredients like whole wheat (or gluten-free) noodles and shredded cheese, along with new ingredients like butternut squash and chicken (or veggie) broth. (via Pinch of Yum)

9. Buffalo Chickpea Mac ‘n’ Cheese: Move over meat eaters, chickpeas are showing you up in this vegan dish. The vegan yogurt, cashews and non-dairy milk make it ultra creamy. (via Vegan Yack Attack)

10. Stovetop Avocado Mac and Cheese: You’ve heard avocado has good-for-you fats (among other things), so why not throw it into a good-for-your-soul recipe? Along with some cilantro and lime juice, of course. You know, because… green things are gooooood. (via Two Peas and Their Pod)

11. Roasted Onion and Cauliflower Mac ‘n’ Cheese: If you’ve ever made homemade mac, you know how much tastier it is than the boxed stuff. But paired with cauliflower, white wine vinegar, greek yogurt and thyme? This mac is unstoppable. (via The Fig Tree Blog)

12. Vegan Green Chili Mac ‘n’ Cheese: We’d love nothing more than to dive into these large macaroni shells. Swimming in a sauce of raw cashews and nutritional yeast (high in B12, among other things), they’re loaded (and coated) with nutrition. (via Minimalist Baker)

13. Bacon and Pea Macaroni and Cheese With Greek Yogurt: Of course we haven’t forgotten about our beloved bacon. Get your protein in, alongside a serving of peas, a dash of hot sauce and mix of fontina and cheddar cheese. (via Confections of a Foodie Bride)

14. Quinoa Spinach Mac ‘n’ Cheese: Throw your favorite grain in a skillet, sprinkle with nutmeg and bread crumbs and wait for the above perfection. (via Bakeaholic Mama)

15. Creamy Carrot Mac ‘n’ Cheese: Finding it tough to down those carrots over break time? Toss them together with some pasta, low-fat milk and chives, and voila! An uber cheesy dinner with no “yuck” face. (via Mom’s Kitchen Handbook)

Got a healthy mac to your cheese? Give us your secret recipe in the comments below!