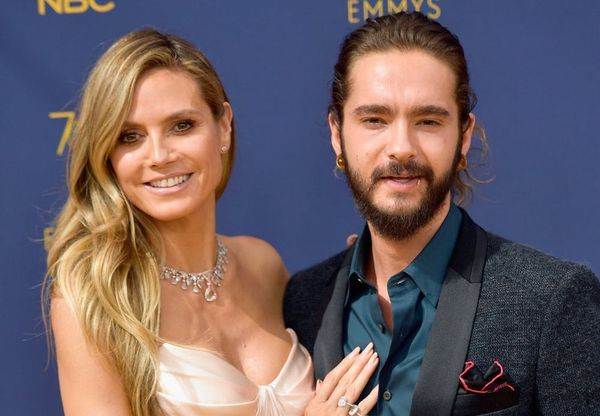 Heidi Klum has an extra reason to celebrate this holiday season: She’s engaged! The model accepted a proposal from musician Tom Kaulitz, whom she’s been dating since at least March of this year.

It’s not clear when exactly Kaulitz popped the question, but Klum announced the happy news on Twitter and Instagram on Monday, December 24. “I SAID YES,” she captioned a black-and-white photo showing off her engagement ring and Kaulitz’s happy grin.

The America’s Got Talent judge and the Tokio Hotel rocker have been linked romantically since March, when they were spotted kissing on set of AGT. They made their official debut as a couple two months later, at the 2018 amfAR Gala in Cannes this past May.

In the months since, they’ve also appeared together at the 2018 Emmys and at Klum’s annual Halloween party, where they disguised themselves in costume as Shrek and Princess Fiona.

Kaulitz frequently pops up on Klum’s Instagram feed, too. In November, she posted a video of them dancing and kissing around the house, which she captioned, “You make me feel like dancing.” Then, on December 1, she posted clips of him playing video games with her kids and accompanying her daughter Lou on guitar. “Perfect Saturday,” she wrote.

One day before she announced their engagement, he showed up in Klum’s pictures from a day at Disneyland. In one Boomerang from the excursion, they coordinated in denim jackets and embroidered Santa hats.