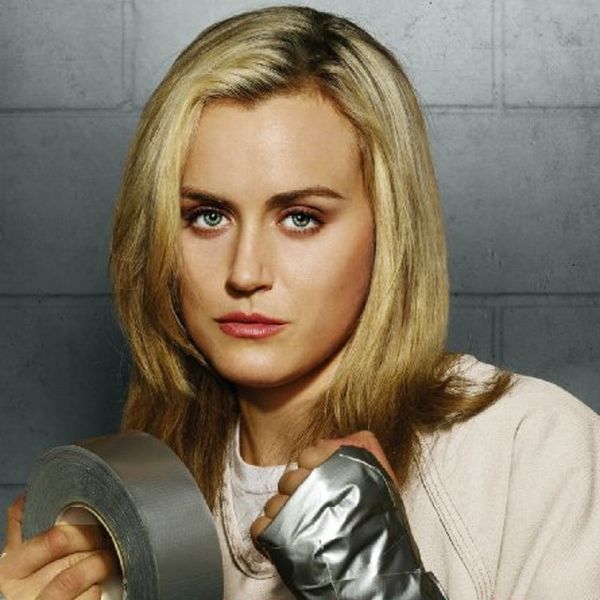 We’re still reeling over all the insanity that was season four of Orange Is the New Black, but the cast is already hard at work on the next installment of their hit series (recently renewed for three new seasons).

Apparently, they’re every bit as excited as us for season five, because they just couldn’t help but share snaps from their first days “back at school” (aka prison. Same thing?). Get a sneak peek of their set time ahead of schedule (eeee!) with our roundup below.

1. Nick Sandow: Mr. Caputo was ready to wrangle his inmates once more as he proved with this set chair shot, saying “Cooking season five.”

Baby's first day back at the office.

2. Natasha Lyonne: “Baby’s first day back at the office,” Natasha writes of her friend and occasional on-screen lover, Yael Stone.

3. Danielle Brooks: For Taystee actress Danielle Brooks, reprising her role is like riding a bike at this point. “It’s like I never left the joint, son!” she jokes.

Just another day at the office. Don't ask me what we were doing. #tbt #oitnb

4. Uzo Aduba: Uzo and co. got a little silly on set in this candid shot: “Just another day at the office,” she says. “Don’t ask me what we were doing.”

6.Kimiko Glenn: Soso keeps it real with a postured pose and a short but sweet caption: “Back to school/prison.”

7. Laura Gomez: “Bianca’s first day back on the set,” actress Laura Gomez posted. Don’t ask her for any inside dirt though. She won’t give it up. “No spoilers. Just chillax!” she says.

8. Emma Myles: The troubled (yet often hilarious) twosome that are Leanne Taylor and Angie Rice are together again, and it sounds like they’re just as dodgy as ever. “Uh oh here come trouble!” writes Leanne’s counterpart, Emma Myles. “First day of school with my partner in crime.”

Back at work like prison on top, jungle party chic on the bottom. #OITNB

9. Yael Stone: We’re pretty sure Yael’s alter ego, Morello — make that Muccio, actually — would approve of her jungle-print pants. “Back at work like prison on top jungle party chic on the bottom,” she says.

First day of school y'all and look who's here. @oitnb @netflix @tarynmanning

11. Abigail Savage: Abigail Savage, aka Gina, posted this pic of some polished inmate boots to get us geared up, writing “Okay season five. I’m ready for you! Let’s do this.” We’re ready too!

12. Shannon Esper: Litchfield newbie Alana Dwight reprises her role for season five, showing off her name tag along with the caption “So nuts to finish watching season four last night and start work on season five today.” Sounds like our kind of girl!

13. Jessica Pimentel: Jessica, aka Maria, gave us her best inmate mean mug, saying “Maria is not happy with you. Good to be back. #ruthlessruiz”

Are you even more excited for season five seeing these shots? Tell us @BritandCo!

Nicole Briese
Nicole is the weekend editor for Brit + Co who loves bringing you all the latest buzz. When she's not busy typing away into the wee hours, you can usually find her canoodling with her fur babies, rooting around in a bookstore, or rocking out at a concert of some sort (Guns N' Roses forever!). Check out all her latest musings and past work at nicolebjean.com.
Instagram Roundup
TV
Instagram Roundup Netflix
More From TV