Here’s How to Deal With Any Kind of Office Breakup 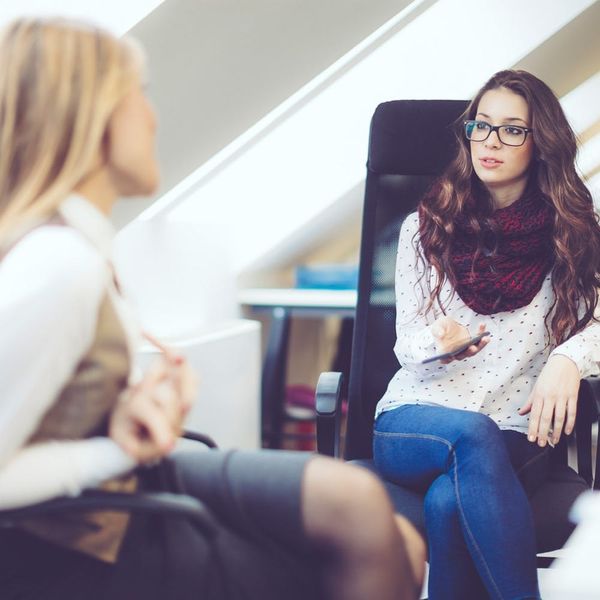 Calling it quits with a friend or S.O. you have to see daily at the office is one of the worst things that can happen at work. Even though you knew your workplace romance was risky, or never even imagined that your work bestie would turn into a work bully, it can still be heartbreaking, and you should absolutely binge on Netflix movies to get you through your breakup. Plus, it’s just plain awkward and can disrupt the office vibe. To gain some clarity on how to deal, we called Laurie Davis, the founder of eFlirt Expert and the author of Love at First Click: The Ultimate Guide to Online Dating. Having helped her clients through similar situations, she gave us solid advice on handling the tough situation with major grace. Scroll on for three things you need to do, whether you’ve ended a romantic relationship or friendship with a coworker.

1. Consciously cut ties. Laurie tells us that when you’re breaking up with a coworker, ghosting simply isn’t allowed. She says, “Even if it’s only been one date, letting things drift off will cause awkwardness in the office that your colleagues will likely pick up on.”

2. Break up IRL (no matter how short-lived the relationship). Using a recent example, Laurie shares with us, “One of my clients actually just went through an office breakup, and his crush told him they were over via a text message. They had only been on three dates, but he felt very unsettled and those few lines she texted to him kept playing over and over again in his mind.” Yikes!

Laurie tells us that you should absolutely avoid doing this, because, as in her client’s situation, the breakup became more upsetting than it needs to be. Always discuss how you’re feeling in person and respect your coworker enough to give them a chance to respond. You both deserve the chance to express how you feel.

3. Tell your coworkers (if they were involved). It might seem gossipy to alert your other coworkers to your new split, but Laurie tells us that there’s NOTHING more awkward than having someone at work ask about your relationship after it’s ended. She notes, “When you work together, you’re all in this together. If your coworkers knew about your relationship to start, be proactive and tell the ones you spend time with daily that you broke up.”

What to say, exactly? Laurie advises letting them know that the relationship is over, that you’re both fine and that it won’t affect how you work together. She says, “When you make it a non-issue, they will too. One of my clients did this and not only did his colleague totally understand, but she introduced him to a friend of hers once she knew that he was back on the market!”

Dealing with a friend breakup

1. Fight the urge to gossip. If you had a close friendship with a colleague, it’s likely that you know a ton about each other’s lives. Laurie agrees and notes, “Though your relationship may be over, honor it by keeping ALL of the personal details about your former friend to yourself.” We agree — whatever was shared in confidence definitely needs to stay private forever.

2. Give each other space. Every work environment is a bit different in terms of vibe, setup and expectations, but if you can limit your interactions with each other for a while, Laurie says to do it. She wisely shares, “It’ll allow you both to cool off after the split and avoid behaviors like passive aggression. For example, try having lunch with a different group of people or forgo hanging out in large groups in order to connect on a deeper level with one or two people.” This can be extra important in situations like happy hours with coworkers, since emotions can rise with drinking. Always be classy and kind.

3. NEVERput your colleagues in the middle. Laurie reminds us that this ISN’T high school or college, and that your shared coworkers should never feel like they need to take sides with either of you. So work hard to be ultra-professional, even if your friendship ended horribly.

Have you ever suffered a breakup at work? Tweet us the deets about how you moved on and what happened @BritandCo!