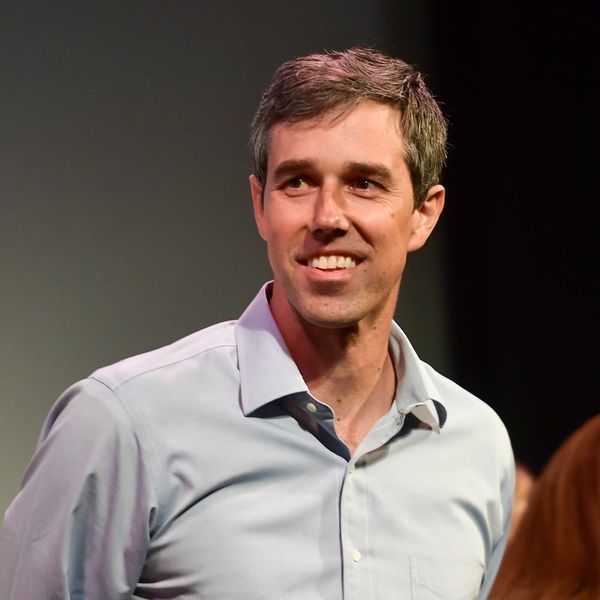 Robert O’Rourke, the former Texas representative better known as Beto, has at last announced his anticipated run for the 2020 Democratic presidential nomination. Among progressives, there was a huge amount of excitement around O’Rourke’s grassroots Senate campaign leading up to the 2018 midterm elections, when he was challenging longtime right-wing senator Ted Cruz. But O’Rourke’s decision to jump into the presidential race now has some people scratching their heads.

O’Rourke pre-announced his run on Wednesday, March 13, with a dramatic cover and story for the latest issue of Vanity Fair — a not-so-subtle bit of pandering to women voters.

“Man, I’m just born to be in it.” Beto O’Rourke seemed to come from nowhere to the brink of a presidential candidacy—but he’s been on this journey for his whole life. O’Rourke spoke with Joe Hagan. Photographs by Annie Leibovitz. https://t.co/WhmQGZnbUg pic.twitter.com/a7DCoaZdtd

In the article, the 46-year-old said he feels “born” to be in the race — a statement that people on Twitter were quick to call out. People also criticized O’Rourke for failing to discuss his agenda in any specifics, despite the high-profile campaign rollout:

Amid discussion of O’Rourke’s announcement, Reuters and other outlets confirmed that the newly-named candidate was already making campaign appearances in the critical caucus state of Iowa. Some reports from the campaign trail reiterated concerns over O’Rourke’s policy platform (or apparent lack thereof).

Beto O’Rourke enters a sub shop in southeastern Iowa and shouts “Hola!” Then launches into a no-notes pitch he’s continuing to develop. pic.twitter.com/X6Wu8GP8EO

There is no question that O’Rourke was able to garner a lot of national attention while he was facing off with Cruz, who is detested among liberals now more than ever, but that was likely in large part because of how badly Democratic voters wanted Cruz out. With other, more heavy-hitting Dem contenders having already thrown their hats into the 2020 ring, O’Rourke may have a harder time shining.

Beto will also face greater scrutiny now that he’s running for president, and may not be able to sell himself as an actual progressive on a national stage. Some pundits and political advocates have already pointed out that O’Rourke did not prioritize certain key progressive causes during his midterm campaign or while he served in Congress.

Journalist Chuck Modi tweeted on Wednesday that O’Rourke’s past voting record doesn’t stack up to the standards of progressive values, noting in particular that O’Rourke has regularly voted for Republican-backed legislation in the past. Vox reporter Matthew Yglesias shared, on Thursday morning, an article he published in December about O’Rourke’s history of supporting policies that other Democrats might deem too conservative to get behind.

Sara Nelson, President of the Association of Flight Attendants-CWA, tweeted Thursday: “I hope this time around Beto will get to know union members and our issues — not write us off.” O’Rourke missed the AFL-CIO’s convention in 2018, and the Texas branch of the massive union declined to endorse his campaign against Cruz. The Association of Flight Attendants called for a general strike the same day the president decided to end the longest government shutdown in US history.

The Guardian reported in December of last year that O’Rourke backed policies friendly to the fossil fuel industry, which is counter to progressive environmental and climate change priorities, and that he even backed some of Trump’s immigration policies. He also voted for a “Blue Lives Matter” bill.

Yet, O’Rourke was able to amass a strong activist following through his speeches and grassroots fundraising and, as many people opined online, his youthful good looks.

O’Rourke’s main appeal in the midterm elections is that he was an alternative to Cruz, who, under the Trump administration, has only become more contentious among liberal and progressive voters. Yet he lost. In a growing sea of other potential Democratic nominees who have recently won elections and have concrete progressive platforms to offer, O’Rourke may not be able to carry the already-lapsed energy of 2018 into 2020.