How I Walked 5,000 Miles Around the World and Found Happiness 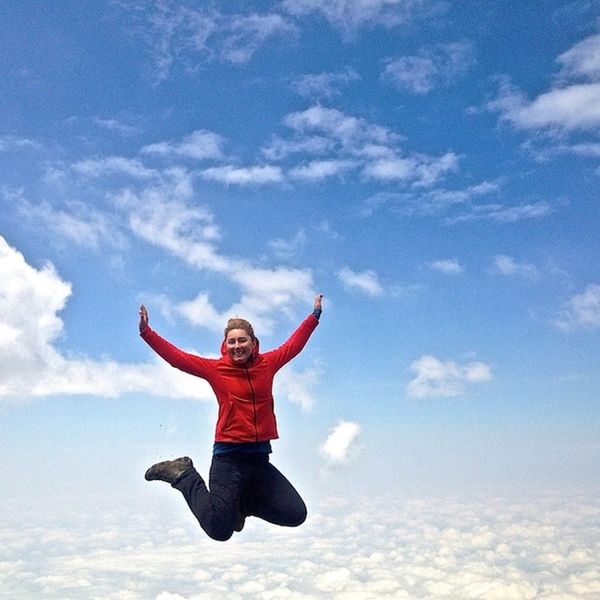 It used to be that travel was synonymous with a vacation. People went away to temporarily escape life rather than to have life-changing experiences. More and more of us see travel as an opportunity to grow, connect and do good. Others use travel to explore their passions, hunting down the perfect meal or the best diving spots. I discovered that what thrills me the most is simply walking.

I walked my first 500 miles on the Camino de Santiago, a centuries-old pilgrimage that begins on the French side of the Pyrenees then crosses northern Spain to the city of Santiago de Compostela. The decision to go was both spontaneous and seemingly fated. My job allowed for the time off, and a book project I was finishing would pay for the flights and a month of living expenses.

I am not religious, but I went on the pilgrimage for the same reasons thousands of pious people before me did. I was looking for a miracle, spiritual healing and an escape. For a good portion of my twenties I struggled with depression and anxiety. Though on the surface everything was nearly perfect, I often felt like an imposter in my own life. That all changed when I discovered walking.

Those first 500 miles stripped away years of doubt and worry that I had been carrying around: doubts about my abilities to get what I needed, to be inspired and to stay present as my life unfolded. In that month, I saw beauty I didn’t know existed. It was the first time I’d ever seen mountains at dawn in a thousand shades of pink. I had never seen perfect waves of wheat fields keeping time to a breeze or the curved arm of the Milky Way above me. I also made friends for life in the span of a conversation. I hugged a hundred pilgrims as tightly as if they were my family and was comforted by a hundred more with the same affection.

Amazing things started to happen once I came back to New York. Strangers would approach me on the street or turn to me in the subway car and talk to me. I mean really talk to me, telling me their secrets and revealing their biggest insecurities. Back at the office, I became thicker than thieves with coworkers I’d barely talked to before. My boss unexpectedly gave me a raise. Another work opportunity appeared as if by magic. An article I had been pitching unsuccessfully for months finally found a home at one of the biggest outlets in the world. The feeling was euphoric, but I didn’t yet understand why walking and not therapy or yoga or a close circle of friends ended up being the key that unlocked the life I had always dreamed of.

Health and fitness experts have touted the benefits of walking for years. Taking 10,000 steps a day has been heralded as the best thing to do for your health. Walking is good for your heart, for your waistline and even for your memory. These are all great things, but nothing I found in a study explained the transformation I experienced. So in the name of research I concocted a plan to walk an additional 4500 miles around the world over the course of a year. I wanted to know if the magic I was experiencing was only available on the Camino de Santiago, or if it was the walking itself that mattered or even if the experience was a fluke, a happy coincidence that couldn’t be replicated.

I chose trails that had a spiritual component but were diverse in the religions and cultures they represented. I started with another European pilgrimage called the Via Francigena. Over the course of three months I walked from the shores of Calais in France, across the vineyards of Champagne, over the Alps in Switzerland and into the Aosta Valley in Italy. Then I walked some more until I reached St. Peter’s Square in Rome. After Italy, I walked with my dad in southern Turkey over mile-high mountains, through ruins of ancient Roman cities sheltered by wild, thick pine forests.

And then came India — raw, mesmerizing and stifling all at the same time. In India my friend Torre and I retraced the route of Gandhi’s Salt March. The March was a pivotal act of non-violent disobedience that would eventually lead to India’s liberation from British rule. Though beautiful in its historic roots, the walk was far away from the romanticized India of gurus and fresh Himalayan air. Mostly we walked along dusty roads, through small, chaotic cities and industrial wastelands.

In Japan I had a completely different experience on a Buddhist pilgrimage along the contours of Shikoku Island. The pilgrimage consisted of 88 temples where I would give an offering and recite the Heart Sutra. For two moths I walked through impeccably maintained villages and gardens. The Pacific Ocean was never far from view and I was lucky enough to catch the cherries in bloom.

I climbed Kilimanjaro in Tanzania, walked on the black, cooled lava in Hawaii and finally made my way back to where it all started for me on the Camino de Santiago. I liked the symmetry of ending where I started. Also, I think I wanted to catch a glimpse of the old me, a ghostly unhappy girl, to see how far I’d come.

As it turns out, those first 500 miles were no fluke. Walking mixed with a bit of spirituality will conjure up magic again and again. If you look at the research about living a rich and fulfilling existence (especially as a creative person), the same few elements appear over and over — gratitude, optimism, a curious mind, resilience, trust, generosity and, above all else, love. These also happen to be all of the components of a well-tread pilgrimage.

While walking past a Sikh slum in India, Torre and I were invited to take a rest and were treated to cup after cup of chai. Puppies were brought out for us to delight in; someone handed me their baby to coo to. That one morning spent with the smiley, lively group of Sikhs opened up a whole new world to me. It showed me that the most generous people are the people who have the least to give, maybe because they know that what’s really important can and should be given away in giant handfuls.

When my dad and I were caught under the pouring rain in Turkey, a couple took us in for the night. They didn’t speak English and we didn’t speak Turkish, but the walls in that stone country house vibrated with a shared understanding of each other. They made us dinner and our beds. The old man gave me his dry freshly laundered shirt to sleep in and placed his weathered, gentle hand over my fevered forehead after giving me an extra blanket.

All year long, people ran after me with offerings of figs, water, oranges, apples and sweets. In Japan, a woman walked to her front gate to give me a ceramic angel her son made. Friends and family flew to meet me for a day, a weekend and even a month to show their support. The year was one of the hardest of my life as I experienced the growing pains that come with shedding old beliefs, but it was also by far the best.

Walking made me trust that at the end of the day, everything would be okay because it always was — I had a place to sleep every night for a year and not once experienced any abuse, theft or hostility. It also taught me to be patient when things weren’t perfect. When we climbed the wrong Alp in Switzerland, my cousin and I built a summer snowman to commemorate the occasion. Everything passes if you just keep putting one foot in front of the other.

Now that the blisters on my feet have had time to heal, I’ve realized that those seemingly magic, inexplicable experiences in New York were actually my own doing. I came back from Spain a confident, happy person with a deep trust that everything was and would be just fine. Once I had stopped asking the world to make me better, I was better. Once I stopped saying “I need help” I was able to give help. Coworkers became friends because I had the energy to really listen to them and give away my friendship freely. That job opportunity came because I made time for lunch with someone I had been avoiding. I committed to really talking to her, sharing my passion for travel and writing, and when she heard about a job involving both, she thought of me. I received a raise because I started entering the Chief’s office with a cheerful “Good morning!” every day and brought cheeses and chocolates to our department meetings with the sole intention of brightening everyone’s day. I smiled at strangers on the street and the subway — a universal invitation for connection. I began to trust that my writing was good enough so I kept pitching, even after several rejections.

After a year, I know that my best self is the one I uncovered while I walked around the world, the one who knows that big things aren’t accomplished in giant leaps, but in tiny footsteps. The one who can delight in a flurry of Japanese cherry blossoms caught in the wind even as she herself is caught in a storm.

Would you walk 5000 miles for some spiritual cleansing? Tell us in the comments below.

Masha Vapnitchnaia
Masha loves great stories and splits her time between living and telling them. She writes about all the things that make her swoon like creative women, self-discovery, travel and wine. She's also writing a book about the time she walked 3000 miles across nine countries with a backpack and a million questions about purpose, heart and common ground.
Lifestyle