This Is How Traveling Can Make You More Creative 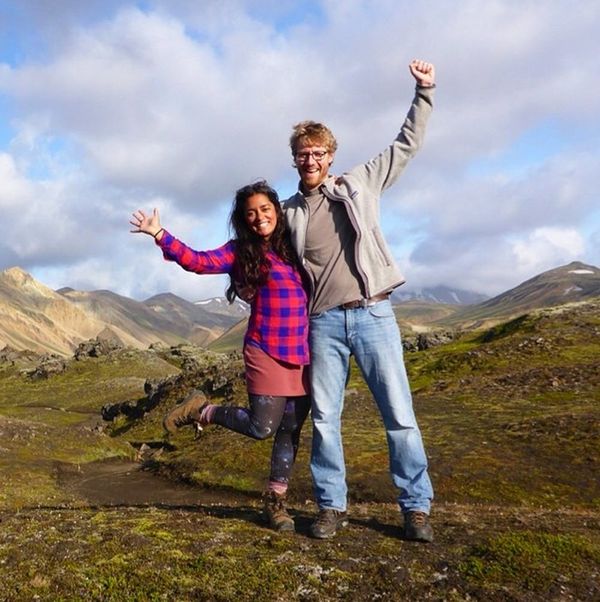 Anyone who has spent some time in a foreign land can tell you just how eye-opening travel can be. You see new places, meet new people, eat crazy food, the list goes on. But while you might be in Japan or Australia having the time of your life, travel is most commonly thought of as a recreational activity, something people do for fun. So sure, it can definitely be a blast, but as it turns out, seeing new places is also crucial to keeping your brain full of creative ideas.

Adam Galinsky, a professor and author of numerous studies on the connection between creativity and international travel, tells The Atlantic, “Foreign experiences increase both cognitive flexibility (the mind’s ability to jump between different ideas) and depth and integrativeness of thought (the ability to make deep connections between disparate forms).”

In his most recent study, Galinsky and three colleagues researched the life experiences of the creative directors behind 270 high-end fashion houses. They looked over 11 years worth of fashion lines in search of a correlation between the creative directors’ time abroad and standout innovations in their brand (think: Alexander McQueen’s “armadillo” heels or 3D-printed dresses). The exceptional designs were rated by a group of trade journalists and independent buyers. Sure enough, they discovered, “The brands whose creative directors had lived and worked in other countries produced more consistently creative fashion lines than those whose directors had not.”

That being said, this was only true up until a certain point. While ones with multi-cultural experiences thrived, those who jumped around an excessive amount did not. Galinsky and his associates hypothesized that the reason for this was most likely because those people who changed locations too often did not have a chance to properly absorb all the different cultures.

Before you pack a suitcase for the Bahamas all in the name of creativity, there are a few key factors to keep in mind. The connection between an increase in creativity and travel comes when you head to an unknown destination and actually immerse yourself in the culture. So while chilling at an all-inclusive resort in the tropics may help you to unwind, it probably isn’t going to do much in the way of helping expand your cognitive flexibility. Instead, head to a destination where you can mingle with locals, check out small markets and eat where the city’s residents eat. The experience needs to be immersive.

Another factor to consider is to avoid choosing somewhere too dramatically different from what you know. The researchers say an especially different place might come with an overwhelming intimidation factor, and keeping to yourself blocks out crucial experiences that come with increased creativity. That being said, if you’re an extroverted, fearless kind of adventurer, this could also have no effect on you.

While this is great motivation to finally splurge on that international trip you’ve been considering, an adventure abroad is obviously not a possibility for everyone, but it doesn’t have to be. You can still reap these creative benefits by making subtle changes in your daily life: take a new route home, explore an unfamiliar part of town or maybe volunteer with an organization totally different from what you’re used to. So long as you can keep those cultural blinders off, the new ideas will keep rolling in.

Have you noticed a correlation between travel and creativity? Share your experiences with us in the comments below.