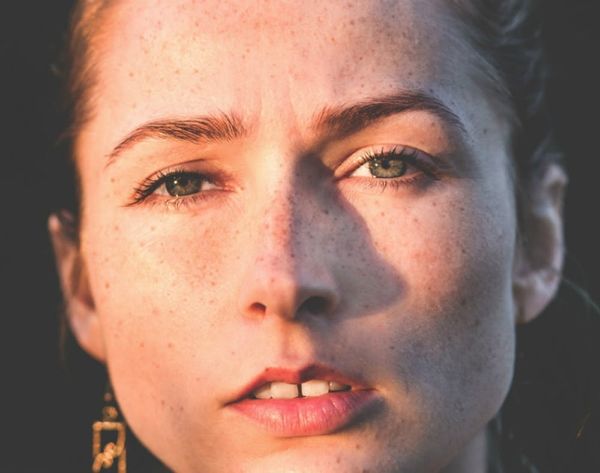 Be the Change looks at real life projects and inspiration to make the world better.

Talking about privilege — whether it’s based in gender, ethnicity, class, or any other locus of power — is never easy. Feeling like you’ve worked hard to get where you are and being told that you’re there (partly) because you’re straight, or cisgender, or some other thing you had no control over, can be difficult to hear. Things can get especially awkward when the conversation turns to race. People have been known to squirm, get defensive, or burst into tears.

White fragility is a thing, and it’s important to be aware of it, because it’s exasperating (and exhausting) for people of color to have to manage our distress. Instead, it’s on white people to be aware and open to listening to constructive criticism. The work is ours to do (or at the very least, share in).

Here’s how to start:

Accept that, yes, as individuals, we’ve all gone through tough times, but those same tough times are made tougher still when whatever difficulty you’re dealing with is compounded by racism.

Check out online groups like No White Saviors, an Instagram account that does a lot of the work in explaining why something like voluntourism in Africa (which on the surface might seem like a good thing) can actually be quite problematic. Imagine someone from halfway across the globe coming into your neighborhood, pointing out the flaws, and dictating the fix — all on their first and possibly only brief visit.

2. Make sure your feminism is intersectional.

Feminism misses the point when it’s only about (and dominated by) the scope of inequality faced by white women. Feminism needs to include women of color, LGBTQ+ women, and women of other marginalized identities. Basically, if you identify as a woman, you’re in. No exceptions.

3. Do your research, know your history.

There is no shortage of resources on the internet — which means there’s no excuse not to get informed. From Facebook communities like The Start to online (and IRL) lectures from speakers like Rachel Cargle to good ol’ books, there are so many ways to learn about and embrace a current or historical viewpoint other than your own.

4. Ask a POC — but only after you do the research.

Emotional and intellectual labor shouldn’t be dumped on people of color, so do your reading first. However, if you do find yourself mired in confusion, resources like Instagram’s Ask a POC offers a “safe space” opportunity for non-POCs to ask a race-related question in exchange for a small donation to a charitable cause. The Start (mentioned above) is another great place to have a conversation about an issue you want to get clear on. The page, says the admin team, is “a space for white women to better understand the role we play in perpetuating and contributing to systemic racism. We achieve this through holding each other accountable to learning, challenging ourselves, and expanding the conversations we have online into our families and communities.”

Set aside the inclination to be defensive and just listen with an open mind. It’s probably the most important thing you can do if you want to become a better ally.

Guilt can be paralyzing, and there’s nothing productive about that. Call out racial inequality when you see it — especially among the people closest to you. Share what you’ve learned with them and encourage them to reciprocate. The emotions that rise to the surface during these discussions aren’t warm and fuzzy ones, but confronting them is literally the only way to begin to change them.

What are you doing to Be The Change in 2019? Let’s talk about it on Twitter.

Corrina Allen
Corrina Allen is a film + television + travel writer from Toronto. Her journalistic goals include a backstage interview with David Byrne, the fictional character she identifies most closely with is John Wick, and her favorite dead person is Vladimir Nabokov. She never, ever Instagrams photos of her food (just her dog).
Activism
Empowerment
Activism Be the Change Feminism Inclusivity
More From Empowerment