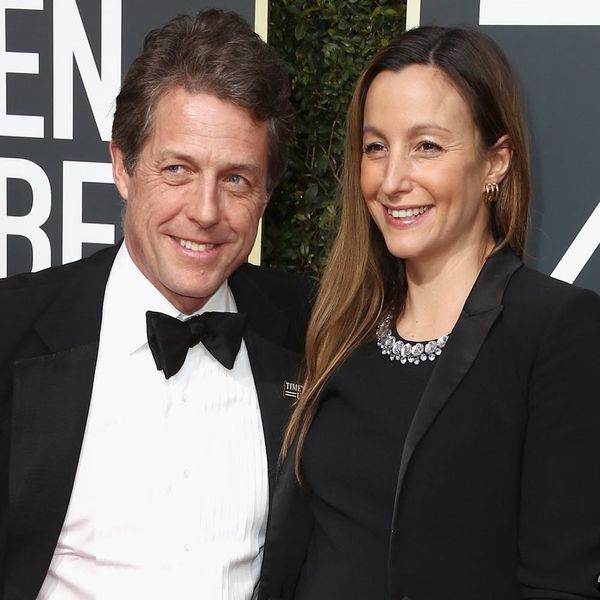 The Golden Globes red carpet was a hot topic this year, from the symbolic all-black ensembles to the politically charged chatter. But while the focus largely turned from what people were wearing to why they were wearing it, actor Hugh Grant still found himself at the center of a discussion about his looks — and not a very kind one, at that.

“I did quite enjoy [the Globes], but then I made the schoolboy error of looking at Twitter afterwards,” the Paddington 2 actor told Jimmy Fallon on TheTonight Show. “I thought I looked quite nice and all done up in my dickie bow.” But that’s where Grant, according to viewers, was wrong.

“Twitter said I was aging like mayonnaise and that the bags under my eyes were like scrotums. Was I wearing a wig? My whole hair had a hashtag,” he said.

Fortunately, Grant took the insults in jest. He admitted that he doesn’t employ hair and makeup people and said it was his own fault that he wasn’t appropriately “groomed” for the affair.

Grant attended the telecast with girlfriend Anna Eberstein, a Swedish television producer who is reportedly expecting the couple’s third child (he also has two children with his ex, Tinglan Hong).

As for the shade being thrown at him on Twitter, Grant recently admitted that it’s not the only criticism he’s received lately, and that his own kids hated his Paddington sequel. “My own children loathed it,” he said on Kelly and Ryan. “They loathe me. They said, ‘Why are you in it so much?'” Poor guy can’t catch a break.

What did you think of the criticism being directed at Hugh Grant? Let us know @BritandCo.