I Should Never Have Become a Mother, But I Did Anyway 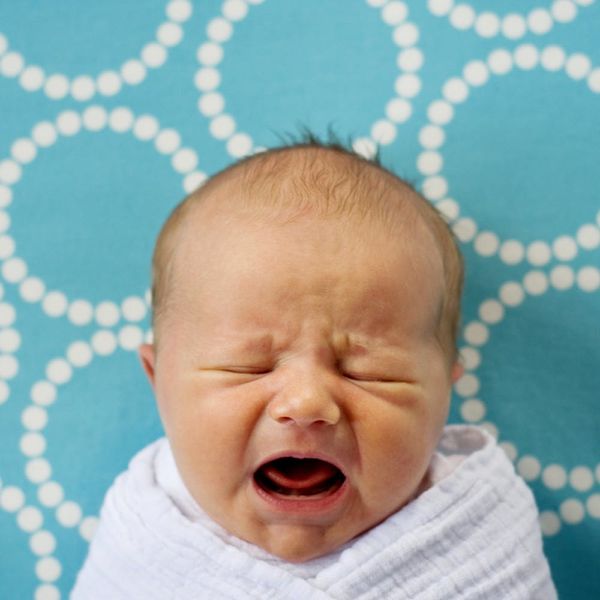 My quarter-life crisis came at the turn of the 21st century, and with it came major doubts about becoming a parent. It seemed to be “The” thing to do, yet I’d had little experience with children, my career was relatively unstable, and based on what I was reading in the news about climate change forecasts, I did not feel hopeful about the future of humanity — at least, not on this planet. Something wasn’t adding up: Were my doubts misinformed or pessimistic? Or was I simply dysfunctionalfor having so internalized the idea of parenthood as a rite-of-passage to a happy adulthood, that I was willing to ignore my clear doubts and self-awareness?

Though the decision to parent was a long way off for me, I thought it best to begin researching the topic immediately by talking to every parent I knew. This only confused me more: I couldn’t understand why it was so easy for me to dismiss the merits of reproduction, while anyone I interviewed seemed convinced with what I have always found to be a vague sort of zealousness. I never agreed with their sentiments enough to feel comforted, but they were so common that I started to think maybe I was wrong to worry about my unborn child’s future and my inability to prepare for it in the way my parents had tried to do for me.

I had lifestyle concerns about parenthood too. I really like to be social and get lots of sleep. I like to make music and theatre, and to focus on how to help others and how to make the world better for everyone. The parents I spoke with reassured me that I’d still be able to do the things I loved; parenthood would simply make me more efficient with my time. “Your child will be part of the change that needs to happen,” I heard. “We need more good, fun parents like you!”

But besides these reasons, I didn’t even really know how to relate to children or how to care for them. People insisted that it would come naturally to me once I had one, that it’s innate. (It’s not! At least, it hasn’t been for me.)

I eventually bought into the idea that my doubts were not good enough reasons not to have children. I accepted the collective insistence that it would all work out in the end and be well worth any struggles. Besides, my partner and I would have lots of time together before we would have to deal with any of that. An older female friend who’d missed her chance said I should just do it, because I could.

In the end, I did have a child. I couldn’t have predicted what happened next: my relationship ending when my child was 18 months old, and my mental health crumbling post-partum due to many factors beyond my control. The sleep deprivation that most new parents experience was exceptionally bad for us, with our colicky child waking every two hours to feed. Some people might be better equipped to power through, but for me, the impact was severe, catalyzing a smattering of mental and physical illness that I am still wading through six years later.

On the whole, conceiving, birthing, and parenting a small child has been so debilitating to me that I’ve virtually abandoned my creative endeavors. It’s much harder for me to prioritize my health, there’s less of me to go around, and I’ve had to return to school so I can earn more to attempt to keep up with inflation. More than anything, my heart breaks to see my child’s potential suppressed by the limitations of our modern world.

I never thought I’d lack enough money or lose my mind. I thought I had planned well, and that my intelligence would serve me where I lacked experience and strength. But even with help from my mom and with my child’s father’s exceptional reliability and parenting skill, I find my role as a parent overwhelming and a daunting responsibility. My functioning and contribution as a member of society have dropped significantly post-baby. I have less to give to others and to myself.

Of course, I love my son more than I can understand, and I am doing the best I can for him. It’s not his fault that his mother succumbed to the invisible pressures of social conditioning in the decision to bring him into the world. And while the process of becoming a parent contributed to my undoing, my child is now the main factor keeping me going — because I made this commitment to him for life, not because I feel capable or rewarded.

I have learned firsthand that parenthood is not for everyone. The people I interview who thrive as parents are usually much more affluent than I am. They are either physically and emotionally more resilient, better employed, have more financial and labor support from other adults, or overall have a much stronger need and aptitude to be parents than I ever had. I honor the right and reasons for which people choose parenthood, even though I don’t believe the world needs more babies. Meanwhile, I have heard others describe those who opt out of parenthood as less-than, childish, and even selfish. Based on my experience, these generalizations are unfounded and unfair.

If you’re thinking parenthood isn’t for you, but feel pressured by the people around you, a few things to keep in mind:

Before conceiving a child, I hope people think about communities beyond the typical nuclear family model and consider whether your goals might be achieved without having children of your own. Family-making is certainly a worthy long-term investment if we can remember that making genetic heirs is just one of many valid, rewarding ways to foster healthy interdependence and loving connection. Overall, it’s better for both parents and non-parents to be less prescriptive about the way we form families.

Indira Cortez is an artist, writer, and theatre-maker.