If You Made Fun of Kim Kardashian’s Robbery, You’re a Bad Person 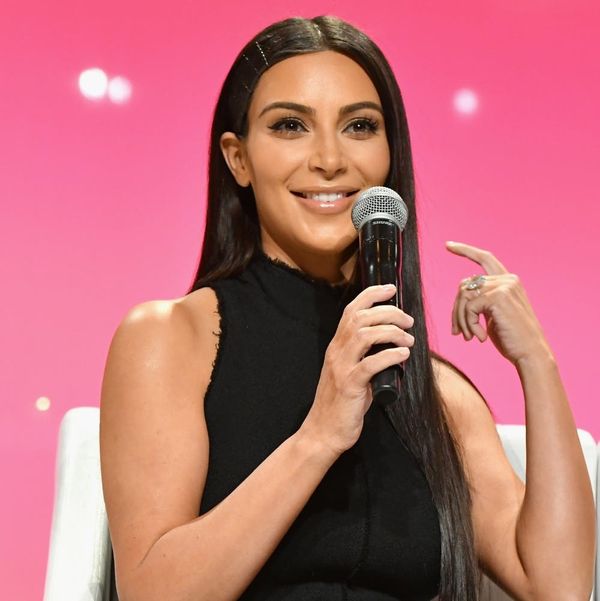 As we all know by now, last night Kim Kardashian West was robbed at gunpoint in her Paris hotel room. The megastar and mogul was in town for Paris Fashion Week when a pair of armed burglars snuck past her private security detail, barged in on her private space, and proceeded to wrap her hands and feet together with tape and lock her in her hotel bathroom. As they pointed a gun at her, she begged them not to kill her. She had babies at home who were waiting for her.

And yet, some people seemed to think this is worth laughing about. After all, Kim Kardashian is a shameless celebrity. She flaunts her body, and she flaunts her wealth. Maybe she had something like this coming, right?

Absolutely 100 percent wrong. And if you think so, you’re probably a terrible person.

I get people don't like Kim k but there's no need for the jokes. she's still a person and it's still a traumatic experience!

Your Kim K. jokes about her getting held-up at gunpoint are HILARIOUS! Do you have any about miscarriage or parents who committed suicide?

Sickening how many people are laughing at Kim K for getting robbed in Paris.

A person being held at gunpoint isn't a laughing matter.

As we’ve already noted, many took to Twitter to make jokes about Kim’s traumatizing ordeal. Others, including James Corden and Chrissy Teigen, were quick to rush to her defense. But many others used the event as an opportunity to criticize, judge, giggle and hate. We won’t be reprinting any of those jokes and memes here because they’re gross but, if you’re curious, they’re not too hard to find.

It says a lot about our relationship to celebrities and pop culture that we follow an incident like this one so closely — yes, even more closely than we might follow politics or current events. I’m sure you’ve seen someone you know comment something along these lines on Facebook. “Why do we care?” they ask. Translation: “It’s stupid to care.” Which, um, TOTALLY misses the point of having feelings. We care because it’s how humans connect. It’s a natural, healthy instinct. It’s what keeps us looking out for each other.

Yes, there are atrocities happening all over the world on a daily basis. People on social media are quick to point this out when some of us express sympathy for a celebrity who has just experienced something truly awful. But to feel concern for a celebrity — that is, a person who we’ve never met but who we are still able to recognize as human — doesn’t downplay the legit suffering of other people who are not that celebrity. It shows that we’re inclined to feel warmth toward those whose faces we can put names to.

Is it a shame that we can more easily recognize Kim Kardashian’s face than where Syria is on a map? Absolutely. But that is another conversation, and a separate one. Feeling for Kim K means that we’re able to see past the wealth, beyond the body, beyond the image and recognize a person. It’s called empathy, and people who think that’s a bad thing might want to ask themselves: Why?

How do you respond to online trolls? Tell us @BritandCo.