In an Unprecedented Move, the International Olympic Committee Has Banned Russia from February’s Games 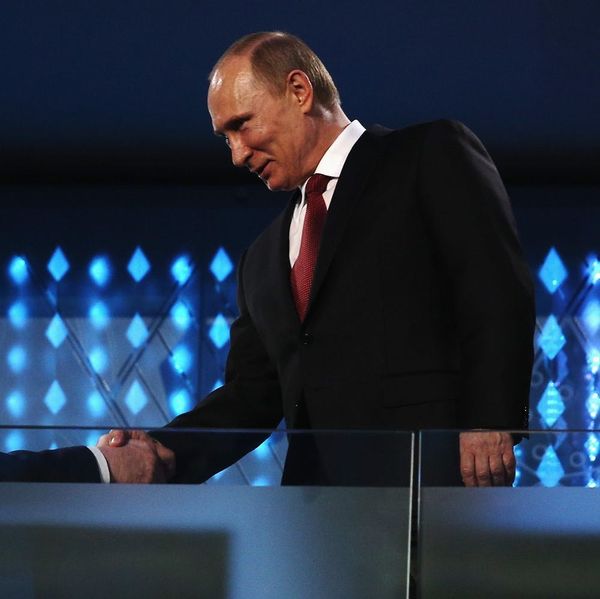 The 2018 Winter Olympics are happening in 66 days in Pyeongchang, South Korea and while the nation tries to ready itself for the onslaught of thousands of athletes, journalists, and sports fans, there’s one less team that will be participating in the games. Due to an ongoing investigation, the entirety of the Russian team has been banned from competing in the 2018 Winter Games — an unheard of punishment doled out to a country already in the news for its questionable international interactions.

In its announcement, the IOC said that if any individuals from Russia do still qualify for the event (and can pass a barrage of tests to prove they are drug-free), they cannot participate on behalf of their country, and must wear neutral uniforms. Further, if they win in any of their events, the Olympic anthem will play in place of the Russian anthem. While the IOC has banned individual athletes in the past, the New York Times says this is the biggest punishment ever faced by a team in the history of the modern games.

Allegations of doping hit a fever pitch during and after Russia’s 2014 Sochi games, where the in-depth investigations against the country really took hold. At the time, there was evidence suggesting the government was the main sponsor of performance enhancement drugs, so the IOC dug deeper. One German documentary suggested that 99 percent of Russian athletes were on some type of drug, and in 2015, the former head of the International Association of Athletics Foundation was found guilty of accepting bribes to keep quiet and defer sanctions against Russia.

By 2016, it was revealed that hundreds of positive drug tests had been destroyed or gone missing, and many Russian athletes were forced out of that summer’s games in Rio. The entire investigation was made possible by whistle-blowing Russian doctor, Grigory Rodchenkov, who provided the IOC and other enforcing bodies with a database of information on thousands of Russian athletes who benefited from the state-sponsored doping program, corroborating a 2015 report that said the same.

IOC president Thomas Bach said in the committee’s official announcement that the ban was in response to what they considered an “unprecedented attack the integrity of the Olympic Games and sport.” Besides the nation’s ban for the 2018 Winter Games, 25 members of the team have been banned for life from participating in the Olympics in any capacity. As well, the Russian Olympic Committee has been ordered to repay the IOC for the investigation in full as well as donate to the foundation of an Independent Testing Authority (ITA) to the tune of $15 million USD TOTAL. The IOC also said they may or may not lift the ban in part or in full at the end of the Pyeongchang games, with that decision TBD on whether the org believes the Russians have completed their list of requests, or are working towards them in a reasonable way.

What makes this punishment seem even harsher is that even at the height of the Cold War, the then-USSR was allowed to compete in the Olympic games, something that befuddled people before the fall of communism. The ban could have further reaching effects on international relations outside the quad-annual sporting event, but at press time, no one in the ROC or Russian government has made a statement about the ban.

What do you think about this bold move by the IOC? Tell us @BritandCo!