20 Selfies That Summed Up the VMAs 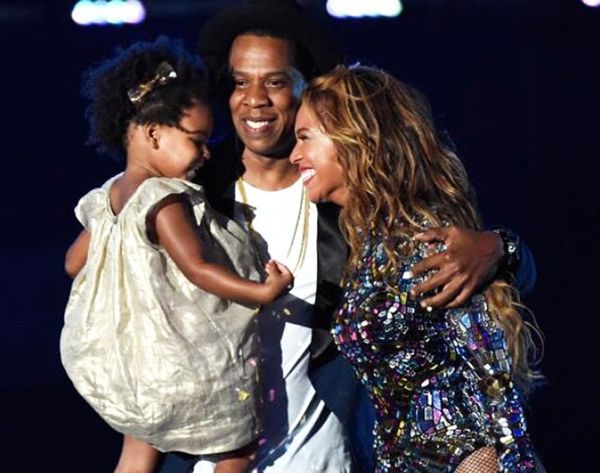 Other than a slight wardrobe malfunction and the occasional shade being thrown, the 2014 VMAs came and went without much controversy. Even if there won’t be anything too scandalous to gossip about at the water cooler with your coworkers today, you can’t hate on a night full of solid performances and killer duds. Following along in our front row seats via Instagram, we found 20 moments that deserved an encore. Here’s how the VMAs looked from the VIP section.

1. Jimmy Fallon and Miley Cyrus: In comparison with last year’s controversial performance, Miley kept a pretty low profile this year from the audience. Dare we say, we kind of missed her excessive tongue just a little bit. (And why wasn’t she wearing any of her recently made crafts?!) But this pic with our favorite late night talk show host is evidence that she was still having a good time. (via @dailysmiler)

2. Katy Perry and Riff Raff: Leave it to Katy to have more fun with her look than everyone else. Wearing all-over patchwork denim, her dress channeled 2001 Britney Spears and her date played the part of JT in all denim — but without the perm. Instead he opted for neon cornrows, obviously.

3. Fifth Harmony: After their rad pre-show performance Lauren Jauregui, one fifth of Fifth Harmony, sneaks in a quick touch-up. Little did she know, they were about to win a moonman for MTV’s Artist to Watch! (via @FifthHarmony)

4. Demi Lovato and Taylor Swift: Taylor didn’t do any Instagramming the night of the VMAs (or get to make that shocked-to-win face we know her so well for) but her bright blue typography-embroidered jumper was getting pics from every angle. Thankfully, we still got to see her adorable mug in some selfies like this one courtesy of the always-fab Demi Lovato. (via @ddlovato)

5. Nicki Minaj and Ariana Grande: Despite a slight wardrobe malfunction, these ladies + Jessie J slayed with their three-song medley of “Break Free,” “Anaconda” and “Bang Bang.” And as much as we love Nicki in her poppy platinum blonde, we’re loving her more toned-down natural looks these days. (via @nickiminaj)

6. Katy Perry and Sam Smith: Sam Smith is still new to this whole total-superstar level of fame, so he’s probably as in awe of Katy Perry’s presence as we are. But in this pic, he’s pulling it off like a pro. We see a BFF relationship blossoming in the near future. (via @samsmithsworld)

7. Demi Lovato, Olivia Culpo and Nick Jonas: The Jonas Bros may have broken up but they are not forgotten! Nick Jonas is looking quite grown up here alongside these stunning ladies in the audience of the VMAs. (via @oliviaculpo)

8. Snoop Dogg and Childish Gambino: It wouldn’t be a pop music event without Snoop taking selfies in heart-shaped shades. Alongside Donald Glover sneaking in a furrowed brow, this is old school hip hop meets new school hip hop. (via @snoopdogg)

9. Katie Welch and Sarah Highland: Sarah looks abolutely stunning in this low-cut backless dress. She’s grown up a lot since the early days of Modern Family, but she hasn’t lost her sense of humor. The caption for this photo reads: “We needed a moment with the mic before we DROPPED IT at the #VMAs.” (via @therealsarahhighland)

10. Katy Perry and Nicky Minaj: Talk about texture. Katy posed in her ’90s Britney homage next to Nicki who snuck in an all-white fur getup just before Labor Day. If there’s one thing we love about the VMAs, it’s that people aren’t afraid to have fun with their looks. (via @nickiminaj)

11. Iggy Azalea: Ms. Fancy herself performed “Black Widow” like a VMA veteran. She thanked her fans with this pic from the show where she was rocking a strappy, black, shimmery one-piece because, well… she’s still fancy. (via @iiswhoiis)

12. Ed Sheeran: Ed looks super stoked to be holding his first moonman for his song “Sing” featuring Pharrell Williams. In fact, it’s his very first American award ever! There’s plenty more where that came from. (via @teddysphotos)

13. Nina Dobrev and Julianne Hough: These beautiful besties practically posed the night away from the ride to the red carpet and until the end of the show. (via @mtv)

14. Kim Kardashian, Kendall Jenner and Kylie Jenner: It seems there’s no “keeping up” with these ladies. The entire family covered every wardrobe genre while keeping it pretty classy. When you’re married to Kanye and you’re a Kardashian, we’re pretty sure the rules are that you’re just invited to everything forever. (via @kimyekray)

16. Rita Ora and JLo: Hold the phone. This is too much fierce for one photo. Such levels of haute should not be allowed on Instagram, but we’ll let it go just this once. These lovely ladies are killing it with the bling, the blonde and the bangin’ bods. (via @jlo)

17. Taylor Swift and Jessie J: These women are nothing but class, and boy do they know how to rock a red lip. It just goes to show that the red lip works with absolutely any look. (via @itsthatjessiej)

18. Jeremy Scott, Rita Ora and Gwen Stefani: Designer Jeremy Scott opted to go shirtless underneath his smiley yellow tux, bearing his own man cleavage next to two lovely ladies. Together, these three make up a pretty great primary color scheme for one last summer party. What do you think? (via @jewemyscott)

19. Miley Cyrus and Maddie Ziegler: Miley wasn’t as liberal with her tongue action this year, but she couldn’t contain herself posing with the young Dance Moms star and dancer from Sia’s “Chandelier” music video. Who can blame her? That kid has moves for days. (via @hhopecyrus)

20. Beyoncé, Jay Z and Blue Ivy: If there’s one thing for you to remember from the entire night, it’s that Queen Bey can perform basically her entire album and barely break a sweat and Beyoncé, Jay Z and Blue Ivy are the most beautiful family on the entire planet. And even when you try not to love them, they go and do something like this and the whole world needs to share a box of tissues. (via @officials_c_)

What was the greatest moment from last night’s VMAs? What about… from VMA HISTORY? Tweet us about it @BritandCo!

Katelan Cunningham
Katelan is a tech junkie obsessing over all things startup and design. She has entirely way too many apps on her phone and is no stranger to binge-watching. She accidentally fell in love in Los Angeles and that’s where she currently lives, writes, tweets and grams.
Beyonce
Party
Beyonce Kardashians Miley Cyrus Taylor Swift VMAs