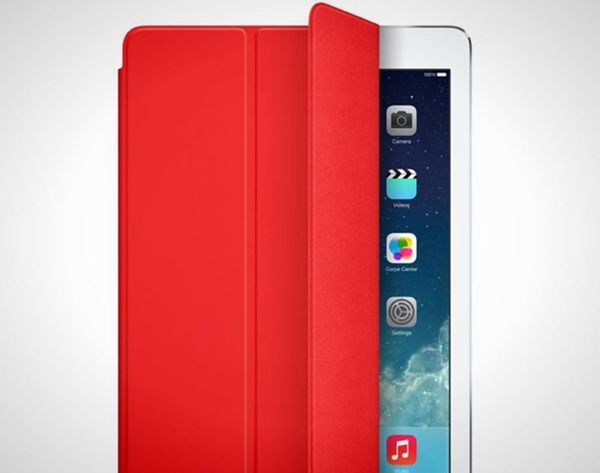 Historically, gadget covers are like little tough-skinned bodyguards, protecting their celebrity clientele (read: your expensive devices) from dirty fingers, crack-creating surfaces and even an untimely death. But with new cases that digitize notes, charge your phone, take your temperature and practically babysit your kids, it appears your next cover might be as coveted as what it’s protecting. Oo, and what if we told you that **Apple** was behind the latest smart case?! Yeah, you want in now, don’t you?!

According to AppleInsider, the iPad makers themselves just took out a new patent (the real deals below!) on a Smart Cover that would let you see illuminated notifications even when the covering is shut. You might be like, wait, I already have my iPad Smart Cover. Yes, Apple cheated a little in dubbing their regular ol’ tri-fold case “smart,” but this one really is. It would be one part armor, another part second screen, using LEDs or electroluminescent panels to share notifications through the cover.

In another imagining, the cover would feature translucent panels that would allow the iPad’s screen to shine through to ping you with shapes, symbols or words. Your notification center would be especially tricked out, knowing how to deliver important messages to you differently so you could tell your average update reminders from your must-read-now emails.

While folded and propping up your iPad, a hybrid version would allow the LEDs or electroluminescent panels to operate while you’re using your tablet like normal. For some reason we’re picturing those belt buckles that can flash your name in red, stadium, but we’re sure it’ll be cooler than that.

This isn’t the first time Apple has tinkered with making their smart cover smarter. AppleInsider reports that the company has worked on other versions, including one featuring integrated keyboards and a “peek mode” that lets you access some of the icons when a segment of its cover was folded back. Get it — peek?! Neither of those made it to market, so there’s no guarantee that this one will either, but you can bet your bitcoin dolla that we’ll let you know if it does. Until then, we wouldn’t mind an update on the solar-powered MacBook, Apple, ahem.

Would you trade in your current tablet or smartphone cover for a smarter one? What “smart” function do you wish your device had?