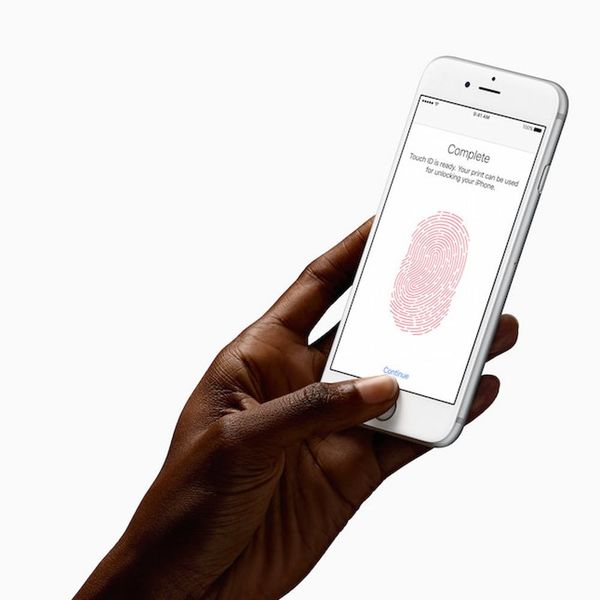 Did you all get your rose gold iPhone 6S yet? Good. Because even though your iPhone 6S has probably not even cooled in your pocket yet, it’s never too early to start thinking about your next phone. Yes, once again the Apple rumor mill is churning away, and the latest batch of iPhone 7 rumors is surfacing. According the International Business Times, Apple has filed some patents that suggest that the future iPhone is going to come with some serious upgrades — and no, we’re not just talking about waterproofing.

Apple has filed a patent for a “foldable screen.” Apple rumors about a bezel-less display is nothing new, and according to Phone Arena, the patent was filed in 2013, but is finally receiving approval now. There is speculation, however, that Apple’s plans for the new display of the iPhone 7 are going to be somewhat reminiscent of the Samsung Galaxy S6 Edge, pictured above. That means that the display on the iPhone 7 will possibly extend to the sides of the iPhone, ridding the phone of the bezel around the handset and making the content stream across the display in what could “look like a continuous loop.”

Take heart though, Apple-lovers — we’re sure it’ll still look plenty different from the Samsung. With this new display upgrade, the iPhone 7 will be be nearly unrecognizable with a brand new screen and a larger area for display than ever before.

Another possible upgrade, thanks to patents the tech giant filed, suggest that the iPhone will be moving toward a new kind of gesture-oriented phone-unlocking mechanism in conjunction with the current fingerprint-based Touch ID. Wait, what? This is the future, guys.

Currently, Android phones that use gesture-unlocking consist of “specific dots tapped on a screen,” whereas the iPhone’s gesture-unlocking will be additionally secure with 3D Touch. It’ll be dependent also on how certain dots are tapped. Touch ID + gesture unlocking + 3D Touch? Your iPhone 7 might as well be Fort Knox. No one is getting through that baby.

According to Patently Apple, the U.S. Patent and Trademark office granted Apple 28 patents today, including the ones listed here. While all these features may not be appearing in the iPhone 7, you can bet your bottom dollar that the iPhone 7 is going to be one heck of an innovation.

What do you think of the latest batch of iPhone 7 rumors? Tell us in the comments below!