These Tiny Batteries Are the Most Portable Phone Chargers Yet 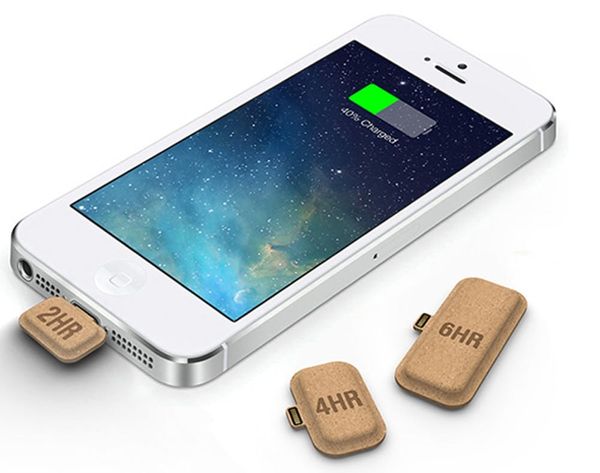 Smartphone batteries are definitely NOT keeping up with all the things we do on our phones. In one morning, we’ve listened to an episode of Serial, checked the weather, scanned our social media accounts and used Waze to beat the commute, all before the work day even starts. If our phones could talk… well, they probably wouldn’t, because they’d be so drained.

The batteries would come in a perforated sheet, possibly with the option to buy one or many. You could buy two, four or six hour charges depending on what kind of a battery bind you’re in.

To be honest, the first thing we thought when we read the words, “disposable battery,” was how we are definitely not supposed to just throw out batteries with the rest of our garbage. How are these different? They’re not. While the exterior is made of cardboard and is biodegradable, the batteries are intended to be recycled at a convenience store that carries them rather than just tossed out.

Until batteries themselves are more easily disposable without harming the environment, this is a really clever backup plan for when you’re in an emergency (not an Instagram emergency) without a portable charger and your phone is on its last limb. We’re really hoping to see this design come to fruition, especially after its Red Dot Award win this year. It would be great to know that in case of emergencies, we could grab an extra charge-up in the same place that we grab our emergency beef jerky.

When’s the last time you could have really used Mini Power? Let us know in the comments!

Katelan Cunningham
Katelan is a tech junkie obsessing over all things startup and design. She has entirely way too many apps on her phone and is no stranger to binge-watching. She accidentally fell in love in Los Angeles and that’s where she currently lives, writes, tweets and grams.
iPhone
Tech
iPhone
More From Tech