How Your iPhone Will Soon Track Your Activity Without a Wearable 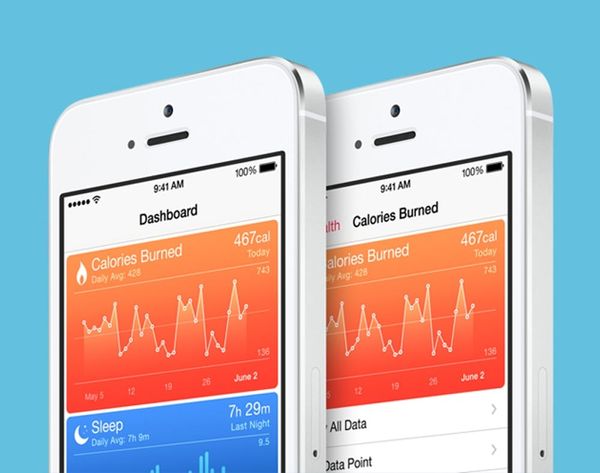 Maybe the reason Apple hasn’t announced its wearable just yet is because it has bigger plans to make the iPhone all the wearable you could ever need — or at least a major player even when you don’t have your smartwatch strapped on. The third and most recent beta release of iOS 8 reveals new uses for the iPhone that will amp up Apple’s Health app to be more than just a digital dashboard for all of your other devices.

Say goodbye to your clip-on pedometer, your iPhone will be able to measure your steps for you, no external wearable needed. The M7 co-processor inside the iPhone 5s (and likely, future versions of the smartphone) will track and plot your steps in a step counter card in iOS 8’s Health app.

The next iOS update will also feature a caffeine intake card that tracks how much buzzy beverages are brewing in your bod on the daily. This one will need a separate tracker — no, the iPhone 6 isn’t that insanely awesome/creepy that it knows what you’re consuming at all times just by being on your person. Instead, you will probably have the option to either manually enter caffeine info or it will pull it in through an outside app like Jawbone Up Coffee.

These features + many more (stay tuned, we’ll keep you updated on what developers have planned for Apple’s Health app and beyond!) will roll out with the iOS 8 update in the fall. Maybe even before you can get your fingers on iPhone 6’s barely breakable Sapphire screen you’ll be able to turn your 5s into its own part-time activity tracker.

Do you currently use your phone to track your activity or any health and fitness-related data? Would this add to it or would you ignore these features? Share below!

Lisa Raphael
In her past professional lives, Lisa has served the masses as the Editorial Director at Brit + Co, Bieber Whisperer at J-14, Golden Girls Fan Club Prez at Lifetime and Talk Show Host Understudy to Katie Couric. Now, she's taking on the sports world at The Relish, teaching Hairography 101 in her spare time and will forever be trying to fill the hole Zayn Malik left in her heart.
Apple
Health
Apple