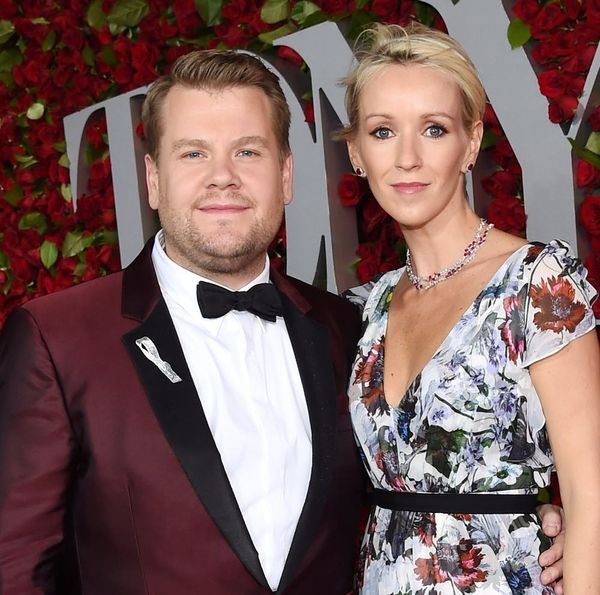 James Corden is a new dad once again! The Late Late Show host and his wife, Julia Carey, welcomed a baby girl on Tuesday, Corden announced on Twitter.

“Today we welcomed a beautiful baby daughter into the world,” Corden tweeted. “Both she and her mother are doing great. We can’t stop smiling. Thank you Harry [Styles] for stepping in to host the show at 2 and a half hours notice!”

Styles announced to the studio audience that, just a half-hour before taping, Corden and his wife had welcomed their new daughter. “I was just at the hospital before I came to fill in, and she looks a lot like James,” he said, before adding a friendly jab at the host. “Mainly because James looks like a giant baby.”

The two share a close friendship, as demonstrated by their surprise kiss on Carpool Karaoke recently. The former One Direction singer assured the audience that his guest-hosting appearance was a one-time thing — unless CBS liked what they saw.

Corden and Carey revealed they were expecting back in July. Their new bundle joins big siblings Max, 6, and Carey, 3. If Corden’s recent Christmas episode of Carpool Karaoke is any indication, the host is already in a joyful place — and now, there’s even more reason to celebrate. Congrats to the growing family!

Would you watch a Harry Styles-hosted late-night show? Let us know @BritandCo!