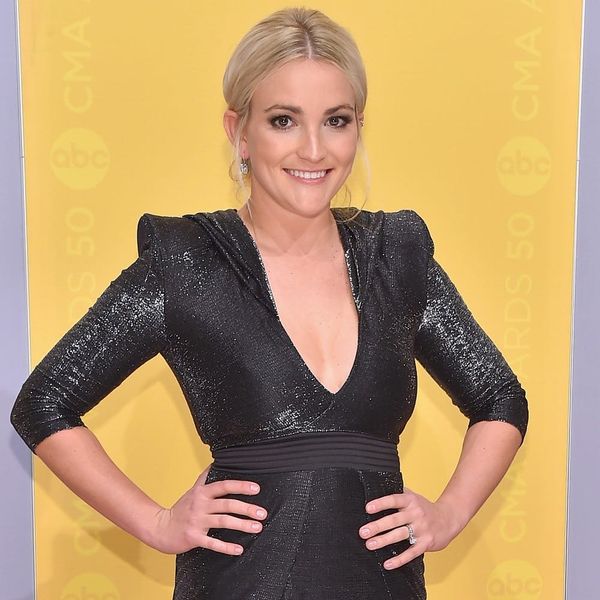 Ten months after Jamie Lynn Spears’ then-eight-year-old daughter, Maddie, suffered a terrifying ATV accident, the “How Could I Want More” singer is reflecting on “almost losing” her little girl.

In the 12 days leading up to Christmas, Spears is looking back at 12 major milestones in her life. On Monday, she took to Instagram to post a pic of Maddie along with two of the people who helped to save her life when her ATV plunged into a pond, completely submerging the child underwater for several minutes. Though she was released from hospital just days later, it was a moment that her loving mom will never forget.

The hardest milestone me and my family have ever faced was almost losing our beautiful Maddie, but thanks to God and the two angels in this picture we were able to celebrate Maddie turning 9 years old all together. This milestone became a true miracle, and we are forever grateful for that. #12DaysOfJLS

“The hardest milestone me and my family have ever faced was almost losing our beautiful Maddie, but thanks to God and the two angels in this picture, we were able to celebrate Maddie turning 9 years old all together. This milestone became a true miracle, and we are forever grateful for that,” she wrote alongside the photo.

While Spears described the accident a month later as a parent’s “worst nightmare” that “happened right in front of [her] eyes,” she’s thankful that Maddie is a happy and healthy child who has seemingly suffered no lasting effects from the super scary event.

Some milestones we never see coming, but I’m so blessed that I­t­ did. Maddie is the biggest blessing in my life so far ❤️ #12DaysofJLS

Last week, the 26-year-old singer-actress posted another message about her daughter, writing, “Some milestones we never see coming, but I’m so blessed that I­t­ did. Maddie is the biggest blessing in my life so far ❤️ #12DaysofJLS”

Do you have an unexpected reason to be grateful this year? Let us know @BritandCo!