Jane Fonda on the Weinstein Scandal: People Care Because the Victims Are “Famous and White” 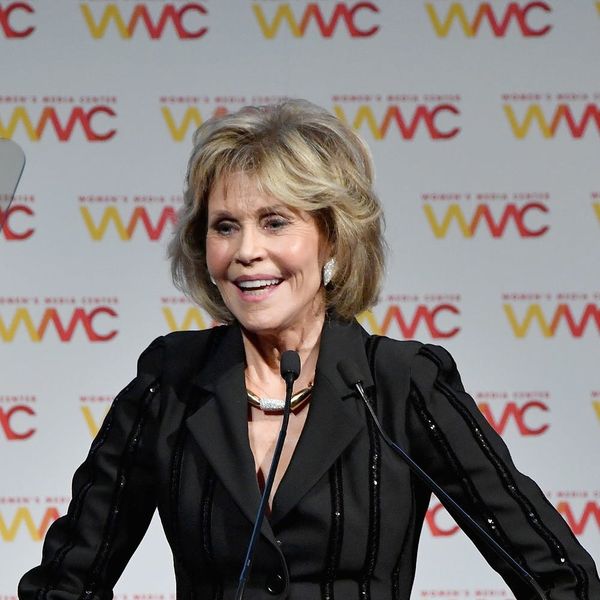 As the sexual assault and harassment allegations against Hollywood heavyweight producer Harvey Weinstein continue to roll out, many are starting to look deeper into how a culture of fear has kept so many women silent for so many years. However, as we applaud the brave individuals who have spoken out, Jane Fonda is now saying that the public only cares about the scandal because the alleged victims are “famous and white.”

Appearing alongside Gloria Steinem on MSNBC’s All in With Chris Hayes Wednesday night on behalf of the Women’s Media Center (an organization the two women co-founded along with activist/journalist Robin Morgan), the actress told the host that when it comes to the current climate surrounding assault and accusations, “It feels different. It feels like something has shifted.”

However, she also stated, “It’s too bad that it’s probably because so many of the women that were assaulted by Harvey Weinstein are famous and white and everybody knows them.” She noted, “This has been going on a long time to Black women and other women of color and it doesn’t get out quite the same.”

.@Janefonda and @GloriaSteinem on the age of Weinstein, O'Reilly, and Trump https://t.co/D854Y4fbBp #inners

While over 60 women have come forward to publicly accuse Weinstein of various acts of assault and harassment, most of those women have been white, such as Gwyneth Paltrow, Angelina Jolie, and Rose McGowan. Only a few involved have been women of color, including Lupita Nyong’o and Vu Thu Phuong.

Now, though, the Monster-in-Law star hopes that the progress we’ve seen over the last few weeks ends up being “like a domino effect, affecting other industries.”

Steinem also added her two cents, saying that we’re currently at a “tipping point” and that, along with what Fonda said about the victims’ identities, “the offenders have been cross-race… they’ve been cross-political lines of all kinds, from right to left… The important thing to remember is that it’s about power.”

Weinstein, for his part, has denied all allegations, completed an out-patient rehab program (which may not have gone so well), and is now suing his former company (The Weinstein Co.) in order to gain access to emails, his personnel file, and other records he believes may clear his name.

In the end, we’ll just have to hope that justice is served and that all of the victims’ voices are heard, in this circumstance and in every other scandal that comes to light.

What do you think about Jane Fonda’s statement that people care about this scandal because the victims are famous and white? Let us know @BritandCo!