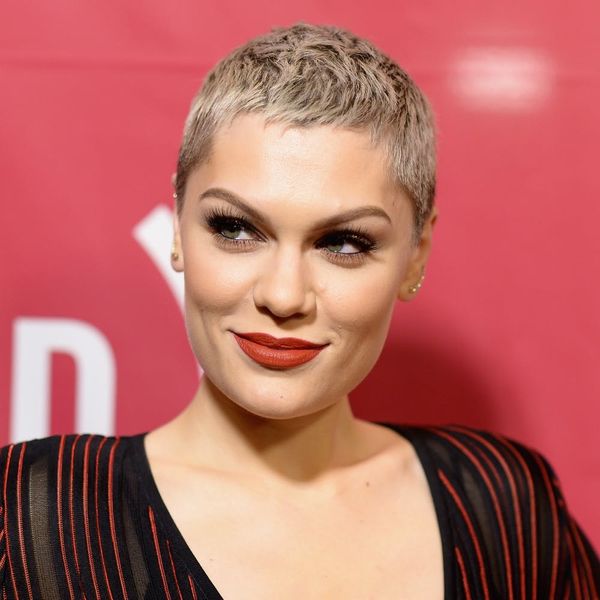 Grease is the time, is the place, is the motion. Grease is the way we are feeling, and oh my, are we ever feeling this “Grease Is the Word” cover by Jessie J for the upcoming Grease: Live special.

In what will be the latest (and possibly greatest!) addition to the current trend of reviving beloved Broadway musicals for television, this newly released video lets us in on the updated version of the classic movie’s equally classic song. Jessie J adds her signature sass while staying true to the original sound to make this a tune that you’ll love just as much on its own as when the pop star performs it live on Sunday, January 31.

“I’m definitely keeping it as close to the melody as possible. I’ve definitely thrown in what I kind of like to do and just put a little bit of me into it.”

There’s no doubt about that when you check out the fantastically fun video that’s been released, which not only shows Jessie J recording, but also features the rest of the cast prepping for the big day. Carly Rae Jepsen, Vanessa Hudgens, Keke Palmer and Julianne Hough, among others, pose for the cameras, practice their choreography and dance through the hallways of Rydell High, all while doing their best to get us excited about the upcoming production — and it totally works. Consider us utterly and completely excited!

But if that doesn’t get the Pink Lady inside of you tingling with glee, then maybe the fact that Boyz II Men will be performing the “Beauty School Dropout” Scene and Joe Jonas’s band DNCE will perform at Rydell High’s school dance will do the trick.

Do you love or hate Jessie J’s version of “Grease Is the Word”? Tweet us @britandco!