Tune In: Grease is Back in a Big, Big Way 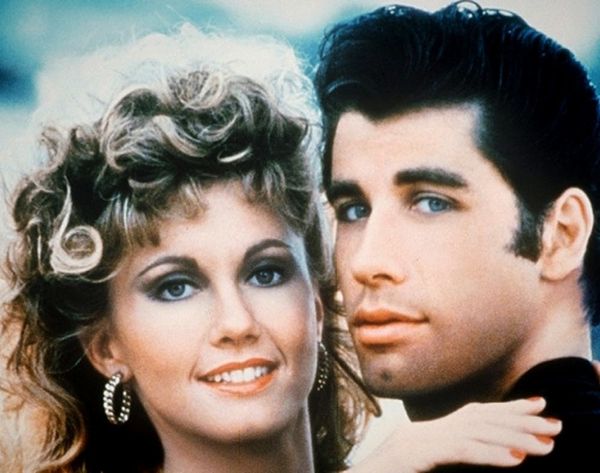 This is the one that we want — woo, woo, woo, honey. Fox is bringing back Grease in a big way that is making us geek out in an even huge-r way. Next year they’re premiering Grease Live, a three-hour production of the musical we all know all the words to.

And you thought those hours crooning “Summer Nights” in karaoke bars was for naught! Well, they’re going to pay off for us BIG time at the obligatory viewing party we’ll obviously throw, but what’s really getting us excited is scheming who will star as John Travolta and Olivia Newton John in the live TV remake. Right now Fox has only said it will be a “young ensemble cast” — but lucky for you all, we have some seriously active imaginations around here. Da da da daaah! Here are our thoughts on the young stars who can revive Danny and Sandy 2.0 on the small screen:

Zendaya: We trust Zendaya to bring Olivia NJ’s character to this decade with a lot more dancing and a little more West Coast Cali girl edge. Something tells us Sandra Z’s wardrobe would rock if the singer was chosen, too.

Taylor Swift: Carrie Underwood may not have earned a standing ovation in NBC’s live Sound of Music, but Tay Tay would make us give the country popstar genre another try. And going from the innocent Sandy to the naughty, curly-haired girl at the end feels like it would be second nature for Ms. Swift, don’t you agree?

Jennette McCurdy: After iCarly and Sam & Cat, the Nickelodeon star is carving out a comeback in a whole new medium these days on Vine. She might not be producers’ first pick, but she would bring spunk to the role and get seen by an audience beyond adolescents.

Miley Cyrus: Say what you want about the Bangerz babe, but we have a few points to point out. Miley is crazy talented and those child actor roots mean she can sing and act in her sleep. We’ve already seen her transform from innocent, lil good girl to sexy she-woman, hear her roar/watch her wear spandex. And if Sandy goes to Taylor, Miley would make a helluva Rizzo.

Harry Styles: Whoa, we know what you’re thinking — Harry Styles is British. You are correct. And very hip to what’s up in teen world these days, might we add. With a dedicated dialect coach and a lot of pomade, we think One Direction’s leading man could rule in this role.

Joe Jonas: We know he’s busy going to Fashion Week and such, but maybe our favorite JoBro can find time in between rubbing elbows with Anna Wintour to get his Zuko on. And if not, we’d gladly take our second fave (and even more talented) Bro — Nick. Sorry, Kev :-/

Austin Mahone: The fresh-faced second coming of Bieber will have to get beefier and grittier to nail Danny’s greaser edge, but we have faith in this poppy pip squeak AND know he would bring in that younger demo Fox would go gaga for.

Dan Smyers: Oo-wee. Girl, if we had a locker, this cutie patootie would have his own designated poster spot. If Fox wants to make a star on a budget, this singer (who’s one half of Nashville duo Dan + Shay) would be the way to go.

Hunter Hayes: ‘Murica loves their country, so how’s about a Hunter Hayes, Danielle Bradbery combo platter? With some hair dye and an e-cigarette tucked behind his ear, this guy could nail it.

Sooo, we got chills and they are indeed multiplying — what do you guys think? Who should play Danny and Sandy? “Vote” on our choices or add your own below!