Hollywood Hair Catch Up: See Which Celeb Had the Most DIYable ‘Do This Week! 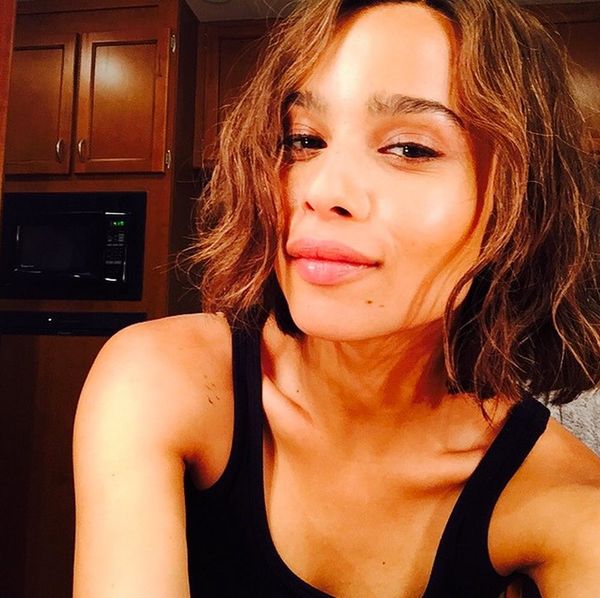 Whether it’s a cut, a new color or an intricate updo, things are always changing in Celebrity Hair Land (that’s not a real place, but if it was we think the town center would be filled with solid gold statues of Anna Wintour’s bob and Jennifer Aniston’s “Rachel” cut). Sometimes the styles shift so quick in Hollywood, it’s hard to keep up. But that’s where we come in. While you’ve going through the hustle and bustle of your work week, we’ve been scouering the scene for the coolest moments in celebrity hair. Catch up on all the beauty news you may have missed simply by scrolling down. And yes, Kaley Cuoco’s eyebrows really are that pink.

1. J.Lo’s Layery Lob: We love a blunt, shoulder-length cut as much as the next gal, but a layer-less style doesn’t necessarily work on everyone. So if you’re looking for a way to chop it all off without ending up with a case of serious triangle hair, you can thank J.Lo for handing you your solution. The performer recently debuted a short, ’70s inspired ‘do while on her way to Morocco (you know, as you do on a Tuesday afternoon). (Photo via @jlo)

2. Sienna Miller’s Throwback Braid: Did Game of Throne’s Khaleesi and the ’90s just have a baby? If they did, it would certainly look a whole lot like the braided hairstyle Sienna Miller sported at Cannes closing ceremony. (Photo via Pascal Le Segretain/Getty)

3. Kaley’s Pink Eyebrows: This wild new look from Kaley Cuoco might not be a hairstyle per se, but it is definitely hair related. Plus it was such a wow moment, we just couldn’t bear to leave it out. Over Memorial day weekend, the actress (who was already rocking bubblegum-pink hair) debuted bright pink brows to match her rainbow-colored locks. Way to instantly take things up a notch (or ten), Ms. Cuoco.

4. Melissa McCarthy’s Subtle Highlights: With June’s arrival just around the corner, it gives up great joy to tell you that winter is officially over (and has been for awhile). All you dark-haired ladies looking to lighten up for summer, take a hint from the highlighted style Melissa recently rocked at the London premiere for her new movie, Spy. Melissa’s toffee-toned highlights offer a dynamic element to her espresso-colored locks without going too over the top. (Photo via Chris Jackson/Getty)

5. Zoe Kravitz: Up until Tuesday, Zoe had been rocking her mom’s (Lisa Bonet) trademark look: a head full of super long braids. But in preparation for the third Divergent film, Zoe traded her long hair for — wait for it — a trendy, blunt bob. (Photo via @zoeisabellakravitz)

6. Lady Gaga’s Beach Blonde ‘Do: Sayonara, dark-haired Gaga. The performer documented her whole bleaching process on Instagram late last week and hasn’t been able to stop taking selfies since. But we can’t really blame her; the bright new shade is looking all kinds of awesome. (Photo via @ladygaga)

7. Victoria Bonya’s Faux Bob: If you’re currently rocking long hair and debating the big chop, here are two things you can do: first, test out John Frieda’s short hair rule, and second, copy Victoria Bonya’s faux bob. The Russian model, TV and radio presenter and beauty blogger stepped out on the final red carpet of Cannes rocking the hottest haircut of the moment and then went back to her long locks the next morning. (Photo via Pascal Le Segretain/Getty)

8. Miley’s Many Wigs: While Gaga has opted to ditch her endless supply of wigs for that platinum shade of blonde, Miley can’t seem to get enough of the hair accessory. This week she showed off not one, not two but three different colored wigs. Is she trying to decide whether or not to take a more permanent rainbow-colored hair change? Don’t tease us, Miley.

What was your favorite celebrity hair moment this week? Share with us in the comments below.