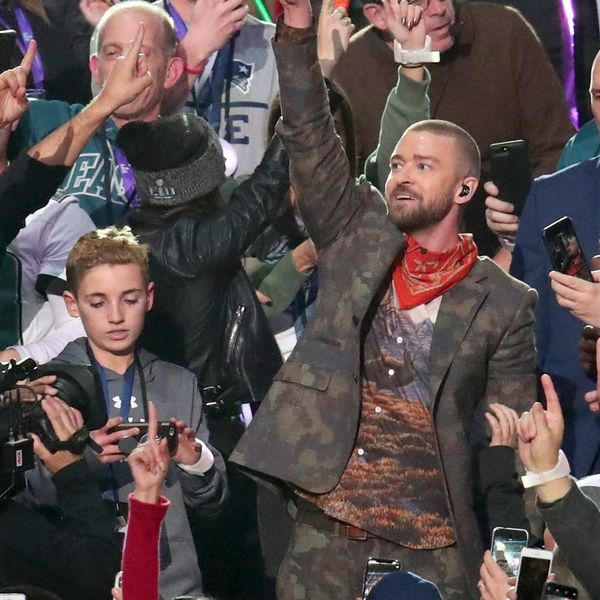 When Justin Timberlake took a pic with a lucky kid who happened to be in the Super Bowl audience during the singer’s halftime show, that teen, Ryan McKenna, immediately became a viral phenomenon, whom the internet crowned #SelfieKid. This week, the 13-year-old sat down to chat about the wild event on The Ellen DeGeneres Show — where a surprise was waiting from JT himself.

McKenna said that just going to the Super Bowl was pretty much “a dream come true.” Everything that happened afterward was beyond what he expected.

When DeGeneres asked if he knew that Timberlake would be heading up into the stands during his performance, McKenna admitted, “No, so we didn’t know. The lady told us that we were in a good section, but we had no idea that Justin was going to be there.”

He then clarified that he had actually been a few rows back when the star came up the steps, and that he had to do a little pushing to make his way to the singer’s side. Once there, he whipped out his phone to take a selfie.

That’s when the world witnessed the teen fumble a bit with his phone, which led to his internet fame. “Yeah, so, all the memes, I’ve seen those,” he told DeGeneres. Many of the jokes revolved around McKenna’s imaginary Google searches, such as “Who is Justin Timberlake” or “Lyrics to ‘Can’t Stop the Feeling.'” But it turns out that he was just dealing with a slow phone. Too relatable.

McKenna is enjoying his moment in the spotlight, though. And DeGeneres and Timberlake teamed up to give him something even better than the selfie he scored at the Super Bowl. The singer called in to the show to offer a special gift to McKenna and his family, and it moved the young fan to tears. Check out the awesome moment in the video below.

Have you ever had a fun celebrity encounter? Let us know @BritandCo!

Desiree O
Desirée O is a ‘Professional Bohemian’ who loves anything and everything related to the arts, entertainment, and pop culture. She ADORES being a ‘Newsy’ for Brit + Co, covering all of the latest tidbits of awesomeness that you want to read about. When she’s not writing, she’s either making messy art, going on long adventurous walks with her camera, or poking around over at bohemianizm (http://www.bohemianizm.com/). You can find out about Desirée O and her work at http://DesireeO.com/ or follow her on Twitter @DesireeO.
Super Bowl
Pop Culture
Super Bowl
More From Pop Culture