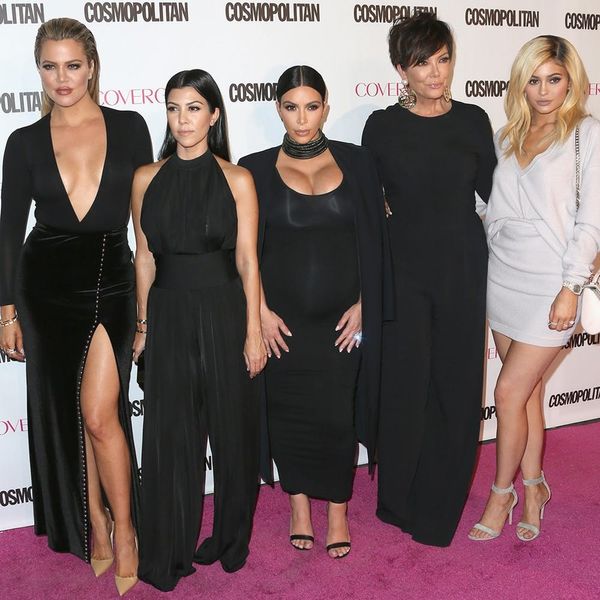 The Kardashian family’s annual Christmas card is a thing of beauty. Year after year, the giant clan seems to somehow outdo itself with an elaborate snap that’s just as lavish as the family’s lifestyle. But this year has been a big and somewhat complicated year for the family. Khloe’s estranged husband slipped into a coma, Rob seems to still be battling some inner demons and Kortney and Scott seem to have broken up once and for all. So, this holiday season it looks like the family decided to scale back and keep things simple by including only the fam’s super adorable offspring.

The card was revealed via Kim’s website today alongside the simple sentiment, “All you need is love.” Rocking that classically Kardashian monochromatic color scheme, Mason, Penelope, Reign and North are photographed having some cousin bonding time. We were not-so-secretly hoping that the family’s 2015 Christmas card would also offer a first glimpse over Kim’s newborn Saint but it looks like we might just have to wait until the New Year for that holiday treat.