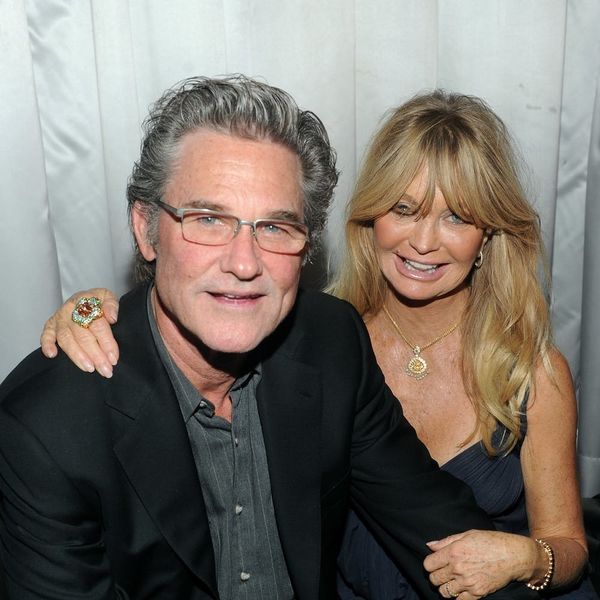 Of all of Hollywood’s longstanding couples (we’re looking at you, Faith HIll and Tim McGraw), Kurt Russell and Goldie Hawn seem to have them all beat. Though they never married, the couple has been together since 1983. Russell stepped up to be a father figure for Hawn’s children, Kate and Oliver Hudson, and in 1986, they had their own son, Wyatt.

34 years later, they’re still going strong. Kate Hudson paid homage to their union yesterday with what just may be the best Throwback Thursday pic of all time.

My #tbt is these two love 🐦's! Mama Goldie and Pa killing it 80's style. I forgot to post a note on my parents 34th Anniversary so I figure why not now. A belated happy one my dear parents. Love you madly, deeply, profoundly ❤#HairGoals #Love @officialgoldiehawn

“My #tbt is these two loves,” the Almost Famous actress wrote. “Mama Goldie and Pa killing it ‘80s style. I forgot to post a note on my parents 34th anniversary, so I figure why not now. A belated, happy one my dear parents. Love you madly, deeply, profoundly. #HairGoals.”

Hawn gave us all some insight into what enables them to work so well together back in 2015 in an interview with Us Weekly, saying, “A lasting relationship isn’t about marriage. It’s about compatibility and communication. And you both need to want it to work.”

Are Goldie and Kurt your #RelationshipGoals? Tell us over @BritandCo.

Nicole Briese
Nicole is the weekend editor for Brit + Co who loves bringing you all the latest buzz. When she's not busy typing away into the wee hours, you can usually find her canoodling with her fur babies, rooting around in a bookstore, or rocking out at a concert of some sort (Guns N' Roses forever!). Check out all her latest musings and past work at nicolebjean.com.
Celebrity Couples
Celebrity News
Celebrity Couples love social media