8 of the Most Surprising Red Carpet Couples of All Time 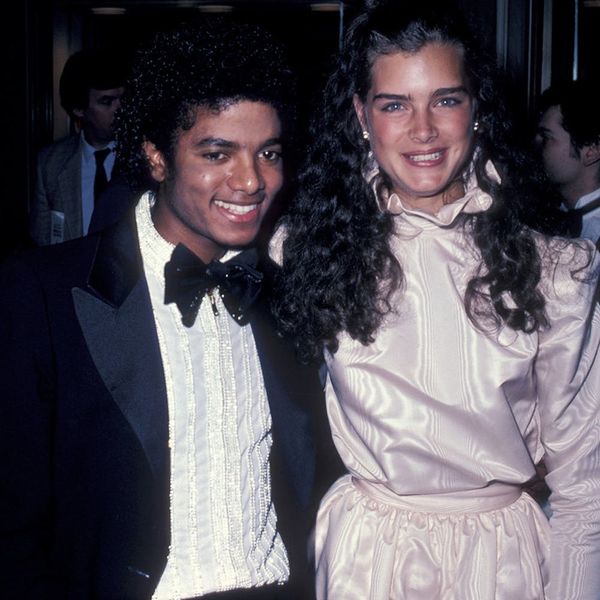 When the Oscars’ red carpet rolls around, there are certain couples we can pretty much always count on to show up looking cuter than ever. Brad and Angelina, Eddie Redmayne and his wife Hannah-Bagshawe, Chrissy Teigen and John Legend… But anyone who’s ever seen a tabloid knows that celebrity couples often have a relatively short lifespan. And so when we decided to look back at the red carpet couples of the Academy Awards’ past, we rediscovered a whole bunch of duos we totally forgot ever existed. Scroll on down to take a look at all the now Hollywood exes who made us do a double take.

1. Jake Gylenhall + Reese Witherspoon: Damn, why didn’t this couple work out again? Oh right, probably because that much adorability packed into one couple would make the world explode. (Photo via Kevin Mazur/Getty)

2. Juliette Lewis + Brad Pitt: We tend to think of Angelina and Jennifer as Brad’s two big loves, but before them (and Gwyneth) came Juliette Lewis. The two dated for four years when they were both on the cusp of total stardom. These two just might be tied with Johnny Depp and Kate Moss as the most ’90s couple that’s ever existed. (Photo via Jim Smeal/Getty)

3. Michael Jackson + Brooke Shields: A budding supermodel and a global pop sensation? It’s kind of a Hollywood match made in heaven. That dress on the other hand? We’re not so sure. (Photo via Ron Galella/Getty)

4. Matthew Broderick + Jennifer Grey: As much as we’d like to believe Sarah Jessica Parker was Matthew Broderick’s one and only, this couple makes a lot of sense. The two were both the main characters in epic teen ’80s movies – we’ll just forget about the fact that they played brother and sister in one of them… (Photo via Jim Smeal/Getty)

5. Drew Barrymore + Corey Feldman: Feldman once said that his first date with Drew was arranged by her mother when she was 10 and he was 14, because apparently Barrymore had a huge crush on him. They later dated briefly (this time for real) in 1989, when Drew was a teenager. Unfortunately, he was heavily into drugs during that time and she was trying to stay sober after multiple stints in rehab, so it didn’t last long. (Photo via Steve Granitz/Getty)

6. Winona Ryder + Christian Slater: Here’s to hoping this relationship ended a little more amicably than it did for their Heathers characters. (Photo via Ron Galella/Getty)

7. Julia Roberts + Kiefer Sutherland: It was supposed to be one of the biggest Hollywood weddings ever, and then all of a sudden, Julia called it off. Tragic. At least we have this red carpet moment to remember the couple by. (Photo via Ron Galella/Getty)

8. Stacy Keibler + George Clooney: Now that Amal is in the picture, it’s hard to imagine George with anyone else. But before that British vision of elegance came Stacy Keibler, the stunning professional wrestler and George’s beau for two years. (Photo via Jason Merritt/Getty)