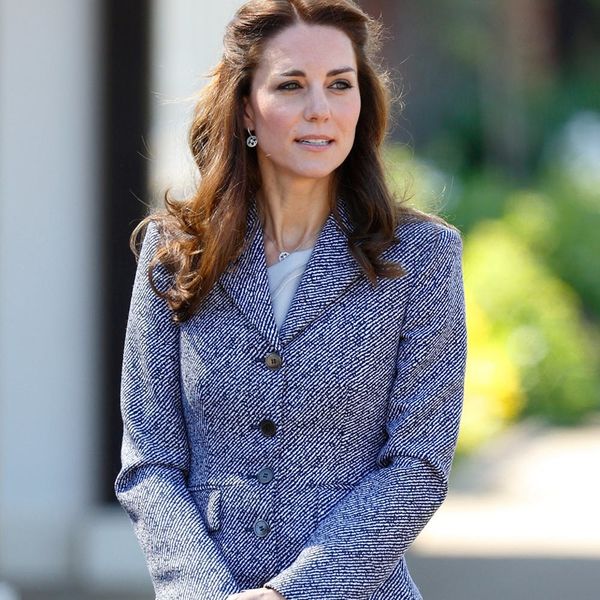 Kate Middleton is a royal and TBH her life isn’t really anything like ours. She lives in a palace, is married to a prince and her grandmother-in-law is the Queen of an entire country. However, when it comes to her wardrobe, Kate is perhaps one of the most relatable public figures there is. She shops at Lululemon. She wears ASOS maternity dresses. And as proven by her most recent outing, she’s also not afraid to recycle a good outfit just like the rest of us.

Earlier today Kate attended the opening of the Magic Garden at Hampton Court Palace and then headed straight to Anna Freud Centre to attend a lunch. In the AM she sported the vintage-inspired coat pictured above, but under that was a dress we could swear we’ve seen before. And after doing a little bit of digging, it turns out we totally have.

Kate wore this same lilac Roksanda Ilinčić dress in 2011, 2012 AND 2014. To be honest, we’re not sure what’s more impressive: that a celebrity actually wore a dress more than once or that she’s still wearing it a whopping five years later. Either way, this just serves as further proof that Kate might wear tiaras and reside in a palace but deep down, she’s still one of us. Kind of, sort of?