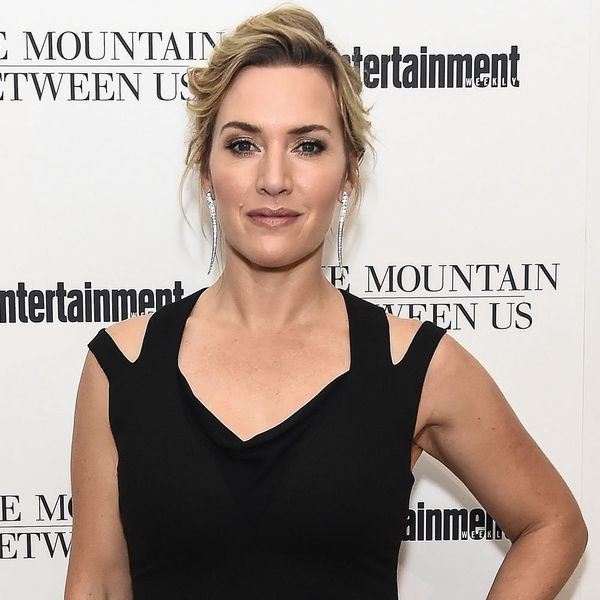 Kate Winslet may be an award-winning actress and bestie to Hollywood hottie Leonardo DiCaprio, but she’s apparently not someone who should be wielding a sharp object anywhere near someone’s head. The Mountain Between Us star told Jimmy Fallon on Tuesday that she once accidentally cut off part of a friend’s ear.

Winslet shared the cringe-worthy story on The Tonight Show, explaining that when she was younger, she thought she might like to become a hairdresser if her acting career didn’t work out. After first practicing her snipping skills on her own head to save her mom some money when a wedding rolled around, she then turned her scissors on a friend.

Winslet explained, “A family friend, who was a fully grown man… allowed me to cut his hair. And I cut off a piece of his ear.” And if that weren’t freaky enough, she added, “I actually saw it fall.” Eek!

The 41-year-old assured Fallon (and the grossed-out audience) that most of the man’s ear was left intact, saying the piece she sliced off was “like a little nick. It wasn’t a chunk.” Either way, *shudder.*

The man in question, Mick, apparently isn’t that upset about it. To this day, he still shows Winslet where she cut his ear, joking, “It’s my claim to fame!” (We suppose that’s true — not everyone can say they were literally scarred by an Oscar winner.)

Do you have a cringe-worthy tale that can match (or top) Kate Winslet’s ear story? Let us know @BritandCo!