Keeping Up With the Kardashians Recap: Spider-Kard 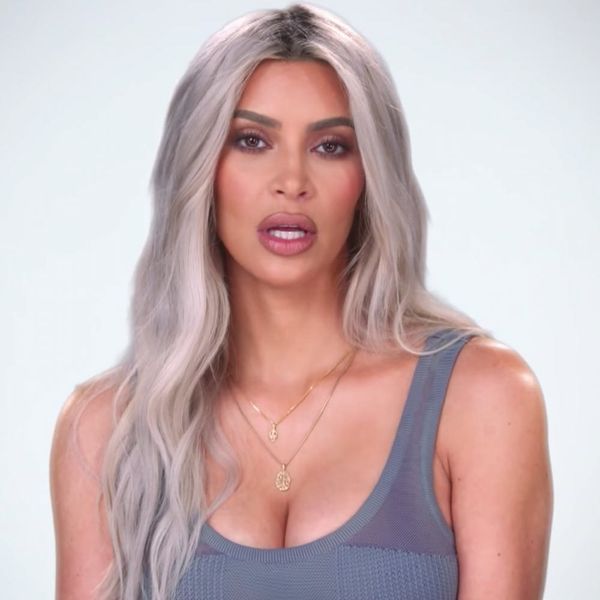 Somehow, we’ve been living without Keeping Up With the Kardashians for the past two weeks because E! was concerned that we wouldn’t tune in when the Grammys and Super Bowl were airing, but they were seriously underestimating our need for surrogacy drama, Scott’s reawakening, and large insects. As the newest additions to the Kardashian clan finally introduce themselves, we are left to endlessly analyze the show and their Instagrams to complete the stories of these pregnancies. In a way, we’re reading novels with fractured timelines where each Snapchat acts as a revealing piece of the puzzle, showing us the struggle and joy of new motherhood in all of its pink pajama glory.

Scott asks Kris if he can go to New York Fashion Week with her, which gives Kim pause. Kris assures everyone that Scott is there to have a nice time with her and that he will be sober. And, go figure, he has decided that this season’s arc should have him moving toward a happier and healthier Scott… for the time being. Scott goes all over the city with Kris and is on his best behavior the whole time, not drinking and even waking up at 7am feeling rested and ready for adventure.

Of course, there’s some deception involved. Scott is not-so-secretly dating Sofia Richie and manages to kind of sneak around and communicate with her while he’s with Kris. He buys her a gaudily painted Céline bag while he’s shopping with Kris and this piques her curiosity, along with some photos of the new couple. Kris gently confronts Scott, who is not ready to reveal too many details about his romance with the 19-year-old model. He even gives us a confessional song and dance about wanting to respect Kourtney just a few weeks after he blew up about her relationship with Younes. I’m not saying I don’t want the best for Scott. I just need maybe three full seasons of good behavior to be convinced that a change has truly come.

During Fashion Week, Kendall receives an award for “Fashion Icon of the Decade.” Which decade? 2007-2017? Is that a stretch of time we’re acknowledging as a decade? Kendall’s only been modeling since 2009. This portion of the episode is only about two minutes but it really is one of the great mysteries of the season that doesn’t involve someone being pregnant, and it’s way more likely to keep me up at night than the wait for Stormi or Chicago’s television debut.

Kim worries about her surrogate’s privacy as it gets closer to her due date. A hastily planned visit to a random doctor appears to blow the lid off of the pregnancy and a TMZ report follows. Her surrogate’s identity and personal information leaks and Kim is ready to sue! It’s unclear who she’ll be suing but this is pretty solid “Kim’s a good person” propaganda. When Catt Sandler asks Kim about the surrogacy at a Fashion Week event, Kim gives a studied response about revealing information when she’s ready. I really would love for Kim to get her definition of “privacy” officially placed in the Oxford English Dictionary. It seems very compelling and mysterious.

Kourtney has perhaps the biggest dilemma of all. A frightening experience in her backyard is the first sign of a full tarantula infestation! We discover that none of the Kardashian sisters is secretly a creepy crawly enthusiast, though of course forever MVP Khloé, who has been shockingly absent from much of this episode, has a solid prank ready for skittish Kourtney. While Kourtney attempts to get the mating tarantula situation under control, she tells Khloé that she’ll be staying in her guest house with the kids.

Khloé has Kourtney and the kids come outside to make s’mores and tells them a scary campfire tale about a large spider as her dog runs around the yard in a spider costume. The costume looks a bit too much like a ratty fur coat and doesn’t actually scare Kourtney, who returns to her home. This tarantula plotline is a bit of a bust. Imagine how deep they could’ve gone with this, introducing a whole cast of Kardashian tarantulas whose compelling family extermination drama would’ve really made this season even more dramatic. Here’s hoping for another spin-off.

Are you on Team Scott yet? Tell us @BritandCo.