Keeping Up With the Kardashians Recap: The Aftermath of the Robbery 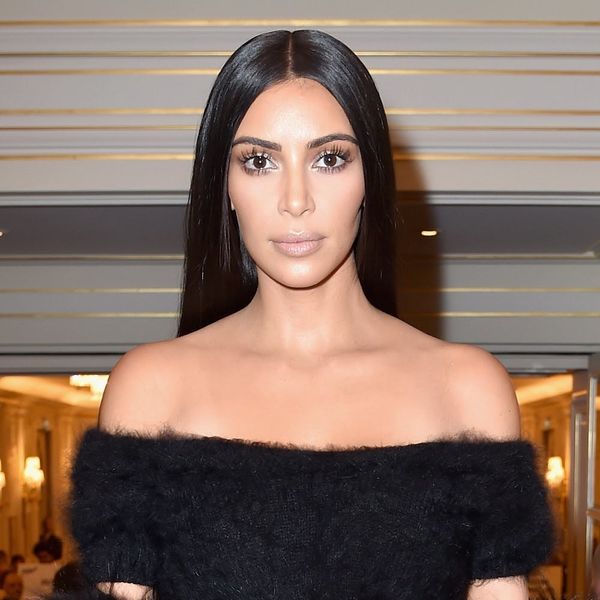 This week on Keeping Up With the Kardashians, we’re dealing with the aftermath of Kim’s harrowing robbery in Paris. The clan is on high alert and trying to keep positive in the face of major security threats.

Khloé’s nervous in hair and makeup for The Ellen Show for the first interview since Kim’s robbery, but says she and her family need to power through and lead normal lives. Kris praised Khloé for handling the situation well under the circumstances and tells her about getting emotional hearing Kim recount the incident. Apparently, on the day of the robbery, Kim’s alarm on her Blackberry went off at 11am Paris time, which was odd, considering in the 10 years she’s had a Blackberry, she’d never set an alarm. The robbery took place on the anniversary of Robert Kardashian Sr.’s funeral, so Kris believes it could have been a warning sign from him.

She recounts experiencing a similar feeling with the death of her best friend, Nicole Brown Simpson, going through all the possibilities: “At any moment, Kourtney and Kendall could have walked in… and I would have lost three of my kids in one flash.”

Meanwhile, at Kourtney’s house, all the mini Kardashians are busy being cute with their aunts, and they’re joined by Rob and Chyna. Kim tells Chyna she’s been taking North to school every day and wants to use her downtime to connect more with her kids and family. Kourtney says a prayer to protect her family before lunch, and of course, she has to deliver it monotonously — it’s Kourtney! Kris suggests Kourtney tint her window and wants the whole family to up their security, while Kim advises her family to not post flashy pictures to Instagram.

Kendall’s feeling nervous about being alone at her house because her home was broken into prior to Kim’s robbery. She came home to see a guy sitting on the side of her street and decided to wait for the gate to close behind her before opening her car door, but the man managed to make it inside the gate before. When she told him to go away he banged on the car window, screaming at her. Eventually the police showed up and arrested him.

Kris is feeling concerned about Kim and is cancelling all her appearances, including Kendall’s 21st birthday. She thinks Kim is bottling up all her emotions and advises she see a therapist so the emotional trauma isn’t as intense.

All the while, Kendall’s overwhelmed with having to testify against the guy who stalked her. She feels guilty as he has mental health issues, but Kris says Kendall has to abandon her compassion and make sure predators pay for what they do.

Later on, Kim breaks down crying in her bathroom, recounting everything that happened during the robbery. The camera only focuses on Khloé, who tells Kim it’s okay to feel trauma and emotion and that she needs to let it out. In an unprecedented KUWTK move, Khloé tells the camera operators that they need to stop filming.

The day after, Kourtney had been experiencing anxiety and unable to sleep. Kim was also nervous when Kanye came home late after a concert and was triggered into experiencing the memory of her robbery again, so she decides to go through with therapy.

Kanye put together a compilation video of Kim’s childhood videos to present to her on her 36th birthday. Kris, Corey, and Scott watch the video and react emotionally, but are quickly interrupted by Kris’s executive assistant. Someone is at Kris’s gate asking for Kendall, so Kris orders security immediately and has the bodyguards take pictures. Corey offers to help Kris tighten security for all the children but Kris shuts him down, even though she already has too much on her plate. Corey has a strong background in security and knows what he’s looking for, but Kris wants to make this decision herself.

Kendall tells Kim she does not want to testify but Kim says it’s her responsibility; she needs to handle it now before it escalates and allows others to do worse. But the thought of having to see her stalker in court freaks Kendall out and she would prefer sending him to a facility so he can get the appropriate help he needs. During the testimony, she was nervous and shaking, but the judge extended his restraining order for five years.

Later, Kris is on the phone with Corey and Kylie, as someone has allegedly broken into Kylie’s house. Corey is heading there to see what’s going on because Kylie’s far away and can’t get there in time. Kris is getting frustrated, telling Corey she’ll head over there herself but Corey refuses to let her because it’s not safe.

On the phone with the LAPD, Kris finds out there was no one at Kylie’s house. Corey comes back and tells Kris she shouldn’t act with panic during these types of situations. If she went unprotected to Kylie’s house and there were men with guns, she could have been seriously injured. Kris says she feels guilty about Kim’s robbery, like it was her fault. Corey begs Kris to let him handle it because he cares for her children just as much as she does.

On a happy note, we end this episode with Kim’s surprise birthday party. It’s a low-key daytime party at Kim’s house. Her closest friends and family congregated on her driveway to give her a gentle surprise because they didn’t want to scare her. Kendall and Kylie even bought Kim the Saint choker she lost in the robbery.

Did Kanye’s surprise video for Kim totally make you sob? Let us know on Twitter @BritandCo!

Sarah Sahim
Sarah Sahim is a culture writer based in Birmingham, UK. It's hard to pin down her interests, but chances are if pretentious people hate it, she'll love it.
Kardashians
Pop Culture
Kardashians TV Recaps
More From Pop Culture