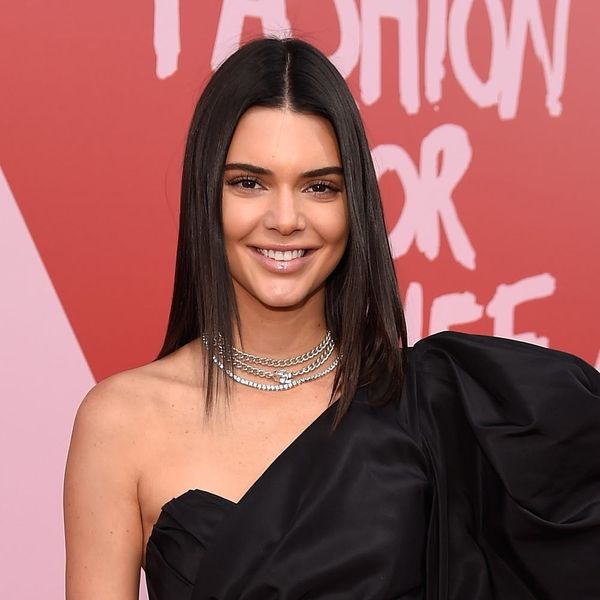 With a new class of models such as Kendall Jenner and Gigi Hadid rising in recent years, there’s been some question about whether or not 2017s biggest industry names stack up to the supermodels of yore.

Largely driven by controversial comments made by Rebecca Romijn, who told ET that the girls were “not true supermodels” and Stephanie Seymour, who told Vanity Fair that they were merely “b*tches of the moment,” the buzz had Jenner hitting back, telling the ladies to stay out of “her moment” and calling them cyberbullies.

That’s not to say that she doesn’t look up to the women that came before her, however. In fact, she and her gang of model gal pals, including Bella Hadid, Hailey Baldwin, and Joan Smalls, just paid tribute to one of the most iconic throwback shots of all time with her latest wildly popular Instagram pic taken while living it up in Cannes.

Featuring the four stunning ladies lounging atop one another in the tub, one can’t help but have flashbacks to the startlingly similar shot photographer Roxanne Lowit took of modeling greats Christy Turlington, Naomi Campbell, and Linda Evangelista piled atop one another in a similar pose back in 1990: All that’s missing is the champs!

With just a trio of nails-painting emoji as her caption, Jenner didn’t directly acknowledge the shot’s inspo, but given her newfound penchant for photography, we’re guessing she knew exactly what she was doing, with an underlying message coming through loud and clear: There’s a new class in town.

What do you think of Jenner’s recreation? Let us know over @BritandCo.

Nicole Briese
Nicole is the weekend editor for Brit + Co who loves bringing you all the latest buzz. When she's not busy typing away into the wee hours, you can usually find her canoodling with her fur babies, rooting around in a bookstore, or rocking out at a concert of some sort (Guns N' Roses forever!). Check out all her latest musings and past work at nicolebjean.com.
Instagram
Celebrity News
Instagram Kendall Jenner social media
More From Celebrity News