Morning Buzz! Here’s How You Could Be the Next Spice Girl + More 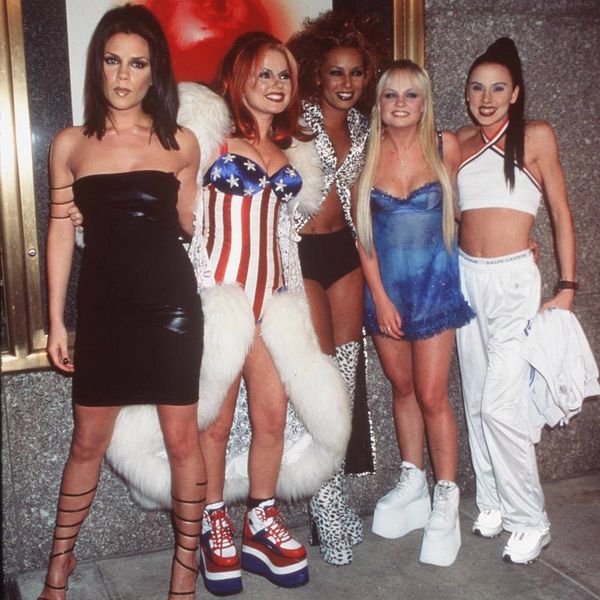 Happy Orange Is the New Black day, everyone! The show returns to Netflix today, plus, we’ve got five more stories sure to make your Friday. Check out all the buzz below!

1. Orange Is the New Black is BACK: Say goodbye to your weekend plans— Piper, Alex, Morello, Red and the rest of the gang return to their Netflix home today for season four of their hit show, and you won’t want to miss a moment. With the prison’s own new Martha Stewart (dubbed Judy King here) on the scene and a shower-pooper on the loose, there’s puh-lenty of drama to keep you entertained for the entire weekend. And once you’ve finished binge-watching, you can rest easy in the fact that the show will be back — it’s been renewed for three more seasons. (Photo via Dimitrios Kambouris/Getty)

2. Kendall Jenner defends her and bestie Gigi’s supermodel status: Don’t mess with Kendall Jenner! After Stephanie Seymour slammed both Gigi Hadid and Kendall Jenner’s careers, saying that the two weren’t deserving of the supermodel title, Kendall is speaking out. “They are completely different than we were,” Seymour told Vanity Fair. “Supermodels are sort of a thing of the past. They deserve their own title. [Kendall and Gigi] are beautiful girls, and I support all of them, but they need their own title,” she said, adding that that title in question might be “bitches of the moment.”

Now, Kendall Jenner is clapping back via her app, saying, “Being a ‘supermodel’ is a relative term. If people want to call Gigi and I supermodels now, it doesn’t take away from supermodels of the past. Obviously I have so much respect for these women, but right now, we’re the models of this time. Significant? Maybe. Hardworking? For sure.” Kendall also said that “if you’re going to tell us not to be ‘in your moment,’ then don’t be in mine! This moment is all about being supportive — NOT cyberbullying. But, if you choose to be a cyberbully, I’m going to stick up for myself.” Here, here, Kendall! (Photo via Frazer Harrison/Getty)

3. The Spice Girls might be auditioning two new members(!!!): For anyone who dressed up as a Spice Girl (á la Brooklyn Beckham) back in their heyday (*ahem, all of us*) and belted their hearts out to “Say You’ll Be There,” it might be time to dust off your platform shoes and tube tops — the Spice Girls may be auditioning two new members for their upcoming anniversary tour. Though group members have yet to confirm the news, there are rumors that Ginger Spice, Baby Spice and Scary Spice are looking to replace Posh (gasp!) and Sporty, since they’ve declined to join the group’s upcoming tour. A source told Life & Style that an announcement for tryouts would be made in the few weeks, so until then, we’ll keep our fingers crossed for a change of heart from the other two original ladies!

4. President Obama and Joe Biden visit the Orlando memorial: President Obama and Vice President Joe Biden flew to Orlando yesterday to visit the memorial for the Orlando nightclub shootings. The country heads visited with victims and family members affected by the shooting and also added two large bouquets of roses (with a rose for every victim) to the memorial, before meeting with law enforcement officials in the area. “Today, once again, as has been true too many times before, I held and hugged grieving family members and friends, and they asked why does this keep happening. And they pleaded that we do more to stop the carnage,” the President said. He also went on to say that “It’s a good time for us to reflect on how we treat each other. We have to end discrimination and violence against our brothers and sisters in the LGBT community… they are our family. They are part of our American family.”

5. Here’s the official video for “This Is What You Came For:” You’re welcome. (Photo via Calvin Harris VEVO)

6. Quote of the day: “I am very into making up my own rules. Like, I don’t want to play the game and succeed at it. I want to redefine it.” Amy Schumer to Vogue. (Photo via Dimitrios Kambouris/Getty)

Would you try out to be a Spice Girl? Tell us over @BritandCo!

(Featured photo via Orange Is the New Black)

Nicole Briese
Nicole is the weekend editor for Brit + Co who loves bringing you all the latest buzz. When she's not busy typing away into the wee hours, you can usually find her canoodling with her fur babies, rooting around in a bookstore, or rocking out at a concert of some sort (Guns N' Roses forever!). Check out all her latest musings and past work at nicolebjean.com.
Morning Buzz
Pop Culture
Morning Buzz Netflix
More From Pop Culture