What You Need to Know About the Celebrity-Favorite Keto Diet 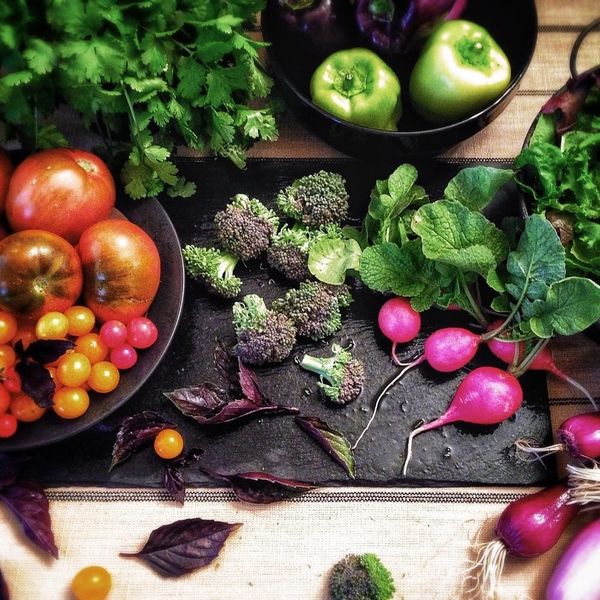 While we’ve never been major fans of dieting fads (honestly, some need to die, like, now), we are always here for learning more about any lifestyle change that’s meant to keep us healthy in the long-term (rather than pressuring us to drop a few pounds in the short-term). The ketogenic (or Keto) diet has been around since the 1920s, but it has seen a resurgence due to its popularity with celebrities such as Kim Kardashian, who attributed her post-baby weight loss to the Keto diet. Megan Fox, Adriana Lima, Halle Berry, and Mick Jagger have all practiced it as well. We chatted with health and wellness expert Dr. Axe to get the deets on this diet trend.

Before we talk Keto diet specifics, a quick biology lesson: Dr. Axe explains ketosis as a process in which “the body uses fat for energy, rather than glucose, which is obtained from eating foods with carbohydrates.”

Further, “ketosis can only take place in the near-absence of glucose, which is normally used by cells as their preferred source of energy. During the process of burning fat, ketones are created. Ketones are water-soluble molecules produced in the liver.”

The Keto diet is a “very-low-carbohydrate diet that’s also very high in fat. Following the ketogenic diet results in experiencing ketosis. After several weeks of adhering to the ketogenic diet, ketone levels in the blood rise to a certain point, in which you’re said to enter into ketosis,” Dr. Axe says. Once you’re in ketosis, your body is forced into burning your fat reserves for fuel rather than burning the carb-based glucose you’ve just ingested.

To reach this sought-after state, you should be getting between 60 and 85 percent of your daily calories from fat. We’re talking coconut oil, grass-fed beef, butter, avocado, and fatty fish. Another 15 to 25 percent of your daily calories should be coming from protein sources, with the last 5 to 10 percent from carbohydrates. Dr. Axe explains that those carbs should come from “non-starchy veggies, such as broccoli, cauliflower, asparagus, and leafy greens (not things like potatoes or butternut squash).” This means eliminating grains, beans, fruit, and, obviously, all processed food.

Just as a contrast, Dr. Axe says that the standard Western diet includes about 40 to 60 percent daily calories from carbohydrates — mostly from refined foods, including products made with white flour and/or sugar, which is obviously no bueno, diet or no diet!

While it may sound kind of scary, ketosis actually has “many positive impacts on the body, especially the brain,” Dr. Axe says. Ketones are an efficient form of energy that “helps to prevent feelings of hunger and fatigue even when someone is losing weight steadily.”

And in addition to weight loss and fat burning, Dr. Axe says that it’s “common to start noticing higher energy levels and enhanced mental focus. And because nearly all processed foods are off-limits on the Keto diet — like sweetened drinks, pizza, ice cream, bread, and sweet snacks — digestion usually improves, resulting in reduced bloating, gassiness, constipation, and other very common symptoms associated with eating a poor-quality diet.” Trading tired and bloated for energetic and happy? Go on…

“One of the best things about the ketogenic diet is that it’s known to naturally fight cravings and suppress appetite, without the use of any dangerous diet pills,” Dr. Axe says, which means you won’t need to combat the temptation to “cheat” because it won’t be there to begin with.

Dr. Axe also reveals that the Keto diet was first created in the 1920s to help reduce seizures in patients with epilepsy, and has also shown to reduce insulin resistance in diabetes patients, reduce signs of Alzheimer’s, and lower the risk of cardiovascular disease.

Like with any diet, the Keto diet comes with its own set of side effects that you may or may not want to put up with. Those in the know call it the “keto flu,” which involves fatigue, muscle weakness, indigestion, constipation, diarrhea, or trouble sleeping for anywhere from two to six weeks. Dr. Axe recommends drinking plenty of water throughout the day and increasing your intake of electrolytes (especially sodium by adding salt to meals, and potassium from things like leafy greens and avocado) to counteract these issues.

Who should stay away from the Keto diet?

In fact, though it’s pretty rare, Dr. Axe mentions that Type 1 diabetics should be particularly careful to avoid the keto diet as it can cause “a type of dangerous reaction called ketoacidosis that can cause adverse reactions like excessive thirst, increased urination, nausea, vomiting, abdominal pain, shortness of breath, weakness, fatigue, and confusion.”

is it sustainable in the long term?

We’ve been told time and again by experts to avoid fad diets like Whole30 because they’re not long-term health solutions; so is the Keto diet any different? Dr. Axe is realistic about his recommendations. “Different things work for different people. Some might choose to follow a ‘stricter’ Keto diet for a certain period of time, such as several months, then transition to a more ‘moderate’ Keto diet (50-75 grams of net carbs daily, instead of 25-30) for maintenance.”

He explains that “others may choose to never fully follow the Keto diet, but will instead focus on decreasing carbs significantly (especially from processed foods). It can also work for some people to go back and forth between being moderately Keto and more strict, depending on their life circumstances and how they’re feeling.”

“The bottom line is that maintenance looks a bit different for every person, so there’s no one-size-fits-all plan,” Dr. Axe says. Ketosis can work for someone for many years or a few months. Since your body’s needs change based on your weight, muscle mass, and activity, it follows that your “calorie needs and macronutrient ranges” may also change. So what’s most important is that “people learn to pay attention to their own biofeedback — things like their energy level, digestion, sleep, and moods.”

Have you tried the Keto diet? We’d love to hear your thoughts on how well you think it works — tweet us @BritandCo and let us know!