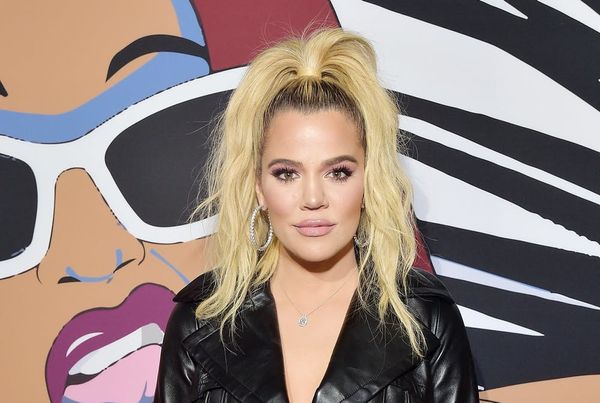 Khloé Kardashian is focusing on “love, affection, and emotional support” amid reports that she and Tristan Thompson have split. The breakup rumors follow allegations that Thompson was spotted getting close to family friend Jordyn Woods at a party this past weekend.

On Tuesday, February 19, as the drama began to unfold in headlines, Kardashian posted multiple inspirational quotes to her Instagram Stories. “How someone makes me ‘feel’ emotionally and mentally is way more important than what they can ‘do’ for me materialistically or physically,” she shared in one Story. “I’ll always choose love, affection, and emotional support over being showered with gifts. All I want is my energy reciprocated.”

She also included a quote about self-love: “Work on being in love with the person in the mirror who has been through so much but is still standing.”

Thompson, for his part, seemingly denied the cheating allegations, taking to Twitter on Tuesday night to write, “FAKE NEWS.” He has since deleted the tweet.

The Good American designer and the Cleveland Cavaliers athlete have been dating since September 2016. They welcomed their daughter, True, in April 2018 — just days after Thompson was caught allegedly cheating on Kardashian. The couple eventually worked through the scandal, but Kardashian admitted it took “enormous rebuilding.”

As of Wednesday, the Keeping Up With the Kardashians star hadn’t directly addressed the most recent reports of a split.