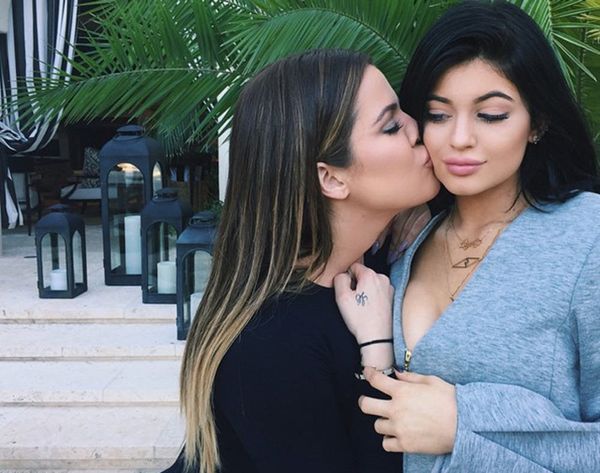 Having a celebrity as a parent sounds pretty cool to us. You’ll more than likely be given a one-of-a-kind name, have access to some pretty killer fashion and, you know, have a celeb as a parent. And there are plenty of offspring that aren’t just resting on their famous mom and dad, who are instead making a true name for themselves. Be it modeling, acting, rapping or football-ing, we found 13 Instagram accounts held by some pretty cool kids who just so happen to have a famous surname. Keep your finger scrolling for lifestyles of the rich and the famous (parent).

3. Bindi Irwin: Her late father, Steve Irwin, would be proud of his daughter’s career path. This “wild” child’s Instagram account features many touching tributes to her late father. Plus, all the animal pics make us want to go on a safari. Who’s coming with us?

4. Jack Quaid: We love when people don’t take themselves too seriously…. especially actors. And the son of Dennis Quaid and Meg Ryan has mastered the art of quirky Instagram pics (even at an early age).

5. Kaia Gerber: Cindy Crawford, is that you? The daughter (and model) of the woman who practically invented the term “supermodel” is the spitting image of her mom. Good genes — consider us jealous.

6. Patrick Schwarzenegger: You may know him as the current PDA partner of Miley Cyrus, but this actor calls Arnold (The Terminator) Schwarzenegger dad. His Instagram account is also filled with cute candids of him and his mom, Maria Shriver. Awwww.

7. Sailor Brinkley Cook: Another iconic supermodel’s daughter following in her mother’s footsteps. This IMG model isn’t just another pretty face, she also seems to have a major case of wanderlust. Our kinda gal.

8. Connor Cruise: Remember when Tom Cruise and Nicole Kidman were married? Seems like forever ago. Well, their son is breaking into the acting world just like good ol’ mom and dad and seems to have more fun than anyone we know.

9. Ireland Baldwin: Her Instagram is filled with fashionable selfies (love the outfits, btw) and worldly snapshots. Oh, and this model calls Kim Basinger and Alec Baldwin mom and dad.

10. Justin Combs: The son of Sean “Diddy” Combs is making magic happen on the field. He received a scholarship to play football at UCLA.

11. Sofia Richie: She may only be 16, but the daughter of Lionel Richie and sister of Nicole seems wise and oh-so fashionable beyond her years.

12. Kendall Jenner: With more Instagram followers than everyone we know combined, this reality star-turned-model is truly making a name for herself in the fashion world. Stepsisters Kim, Kourtney and Khloe Kardashian make many appearances in her pics too.

13. Kylie Jenner: You can’t have one without the other — keeping up with the Kar-who, amirite?

Britt Feder
Britt has a severe nail polish addiction (she owns 50+ shades). When this Midwestern gal/Oakland resident isn't painting her nails, she can be found reading a good book in the sun or enjoying a glass of champagne… bubbly doesn't need a special occasion to make you feel fancy.
Instagram Roundup
Fashion
Instagram Roundup Kardashians Photography
More From Fashion