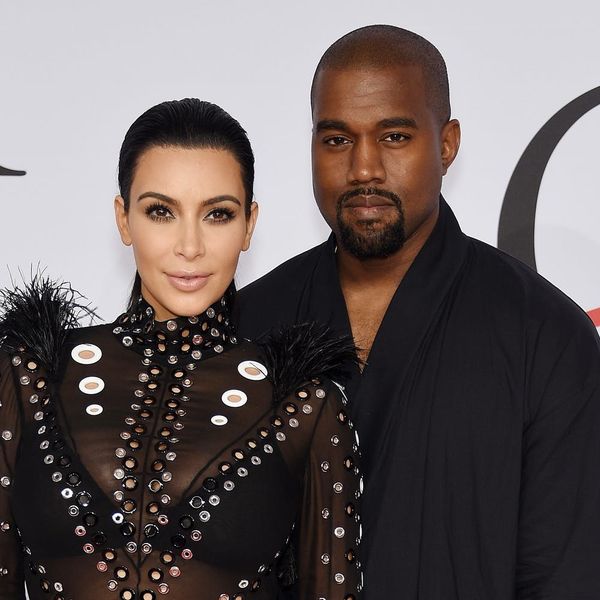 Kim Kardashian West and Kanye West announced that their surrogate gave birth to the couple’s third child this week, so naturally, fans are wondering when the world will get to see a photo — or at least learn the little one’s name.

Kardashian West previously said that her daughter North, 4, preferred the name “Star,” even if the media mogul wasn’t “vibing on it” herself. Talk-show host Ellen DeGeneres, who loves to suggest baby names to celebrities and even takes credit for giving West the idea to name their 2-year-old son Saint, also suggested “Lip Kit” and “Pop West” as possible names for the new little girl.

Social media is on fire with other possible name suggestions, ranging from meaningful family names to downright goofy puns. Check out some of the best (and funniest) suggestions below.

1. Too punny! Some people are running with the last name “West” as a basis for joke suggestions, including “Wild.” Something tells us that’s not going to happen.

2. So literal. This person doesn’t trust the couple to be too creative.

What if Kim and Kanye name their baby Tuesday Winter West since it's Tuesday and it's winter time pic.twitter.com/gXslGdCuqD

3. Such shade! Some users couldn’t help but make suggestions based on the couple’s media dominance.

Kim and Kanye should choose a name for their new baby that reflects their hopes and dreams for the child's future. Maybe something like 'Publicity'.

4. Downright heavenly. Will the Kardashian-Wests take the religious route, similar to Saint?

Okay I have some theories about the Kim/Kanye baby name I’m just going to throw out there: Zion, Heaven, Israel, Sistine

5. In loving memory. Many fans think the couple may name their new daughter Donda, after West’s late mother.

If Kim & Kanye don’t name this baby girl Donda after him momma I’ll b big sad.

6. Keep it topical. Why not a current pop-culture reference? That’ll age well!

Kim Kardashian and Kanye West have announced the name of their third baby…born by surrogate.

7. Keep it simple. One user suggested a totally “normal” name, like Janet.

Please let Kim and Kanye name their new baby something totally normal. These are my kids: North, Saint, and Janet. Delightful juxtaposition.

8. What would Food God do? Kim’s BFF would LOVE this.

if Kim and Kanye don't name their new baby girl Jonathan Cheban Jr, I'm going to be so annoyed

9. A case for the FBI. This user is figuring out all the clues.

I feel like Kim and Kanye will give their new baby girl a name that starts with a E. Something about it all coming together. Kim and Kanye make the W with their last name.

10. Go with the unconventional. Straight up, “Kid Kardashian” is kind of cute.

what if they name her Kid Kardashian

11. Keeping it light. Some people just want to be part of the conversation.

Do you have any guesses or suggestions for baby Kimye’s name? Let us know @BritandCo!