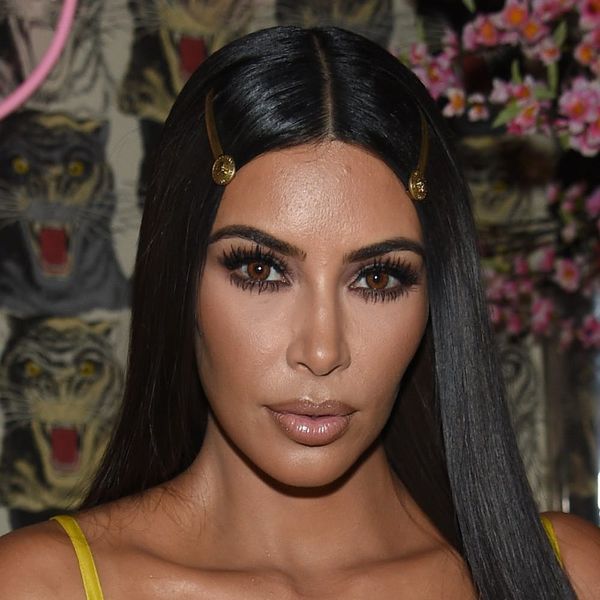 Kim Kardashian West’s love for husband Kanye West knows no bounds. For the couple’s four-year anniversary, the reality star is making a grand gesture in the form of a major hair change, and it’s one that’s not for the faint of heart.

The Keeping Up with the Kardashians star took to Twitter to show off her return to the blonde locks she said goodbye to this past March.

The move showed some serious commitment, as the mother of three has made no secret of the fact that her lightened hue takes a LOT of work to maintain: Back in December, she revealed that the silver-platinum shade took as many as 13 hours in the stylists’ chair to bleach. “This blonde is very high-maintenance,” she admitted.

Spent the last few days bleaching my roots (we do it in stages so it doesn't break off). OMG 13 hours & still going. This blonde is very high maintenance. Love you @ChrisAppleton1 but getting over this.

By February, she had had it with the upkeep, saying, “I cannot tell you how over my blonde hair I am!”

I can’t even tell you how over my blonde hair I am!

Now, after just two short months as a brunette, she’s giving the look another go, just in time for summer.

It looks like her hairstylist, Chris Appleton, was right on the money when he predicted the “icy cool” look would still be reigning supreme!

What do you think of Kim’s new/old *lewk?* Share with us over @BritandCo.

Nicole Briese
Nicole is the weekend editor for Brit + Co who loves bringing you all the latest buzz. When she's not busy typing away into the wee hours, you can usually find her canoodling with her fur babies, rooting around in a bookstore, or rocking out at a concert of some sort (Guns N' Roses forever!). Check out all her latest musings and past work at nicolebjean.com.
Celebrities
Hair
Celebrities Celebrity Hair Hair Hair Color Hair Dye
More From Hair