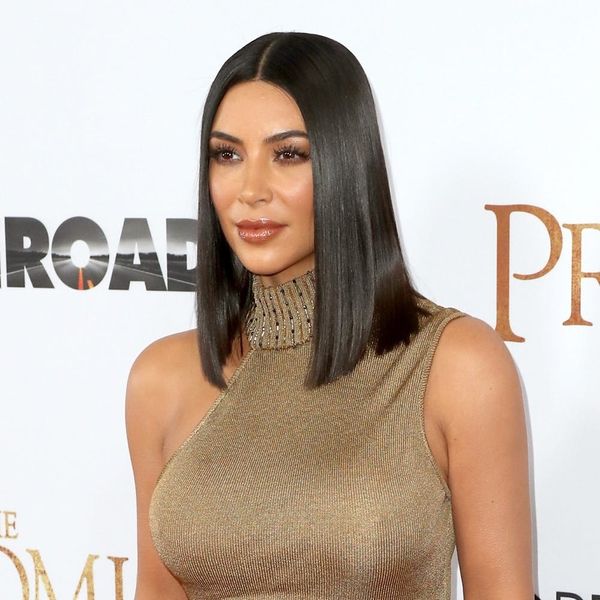 As Kim Kardashian-West attempts to deal with the aftermath of her horrifying robbery in Paris, she’s forced to face the details of the night she truly felt that she was going to die. Terrorized and terrified, the mother-of-two sat down with Ellen to discuss what was going through her mind at that moment, including what she thought would be her final prayer.

Appearing on Ellen’s show today, the very emotional 36-year-old revealed exactly how she felt when the robbers made their way into her hotel room during the infamous incident last year, saying, “Automatically your stomach drops. It’s a feeling you can’t explain. And I knew that was it for me. Hundred percent [knew I was going to die].” So scary!

She continued by admitting that her first instinct was to say a prayer before her thoughts turned to her family. “I said a prayer, I’m like, ‘I know I’m going to heaven.’ I hope my kids are okay, my husband [Kanye West],’” she revealed while fighting tears. “I don’t want to cry, you’re making me cry. But it does happen really fast. It was a good seven or eight minutes of torture, but when I look back and analyze it, I’m like, ‘Okay, they weren’t really aggressive.’ It could have been way worse.” Perhaps. But that doesn’t mean that what she went through wasn’t totally awful. We’re just happy things weren’t worse and that she’s on her way to fully recovering, although she does admit that now she’s “such a different person.”

“I was definitely materialistic before, not that there’s anything bad with having things and working hard to get those things and I’m really proud of everyone around me that’s successful,” she said, before adding, “But I’m so happy that my kids get this me and that this is who I’m raising my kids [to be]. Because I just don’t care about that stuff anymore, I really don’t.”

With Kim’s Instagram featuring plenty more pics of her family these days and none flashing pricey pieces of jewelry, we have to agree that some things certainly seemed to have changed.

We hope that all of the changes continue to be for the better for this famous family!

Do you think Kim K-W has really changed since the robbery? Let us know @BritandCo!